It's generally been a good year so far for investors. The S&P 500 is up 1.1% through the first seven trading days of 2020, suggesting that last year's monster rally wasn't a fluke. Naturally, a lot of stocks are faring even better than the market average.

More than 400 stocks have moved 10% or higher so far in 2020, and that list includes Uber Technologies (NYSE:UBER), Beyond Meat (NASDAQ:BYND), Twilio (NYSE:TWLO), and MercadoLibre (NASDAQ:MELI). Let's get into why these four growth stocks are coming through with double-digit percentage gains year to date. 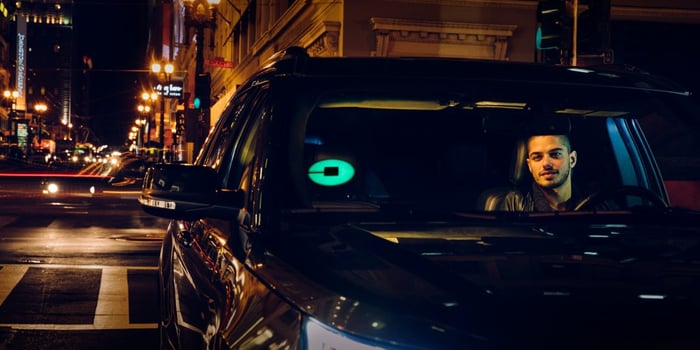 One of last year's biggest IPO belly-flops was Uber. The world's leading ride-hailing platform hit the market at $45 in May, only to shed more than a third of its value by the end of 2019. Uber is growing -- revenue rose 30% to $3.8 billion in the the third quarter -- but investors are concerned about the hefty losses and that most of the gains are coming from its deficit-laden Uber Eats offering.

Momentum appears to be turning positive in the early days of 2020. The ridesharing industry is setting its sights on steering to profitability, and at least one Wall Street pro is taking advantage of the depressed price on the niche leader. Bernstein analyst Mark Shmulik initiated coverage of the stock on Thursday with an outperform rating, arguing that Uber should continue to gain market share over traditional transportation offerings and back out of Uber Eats markets with no clear path to profitability. Rumors of sector consolidation in the realm of food-delivery apps also helped beef up excitement for Uber stock.

Bucking Uber's broken IPO, one of last year's hottest debutantes was Beyond Meat. The company behind plant-based burgers and other faux meat products more than tripled in 2019 after going public at $25. It was trading substantially higher when it peaked in the summer, but you can't call last year a failure for Beyond Meat.

Beyond Meat's revenue skyrocketed 250% in its most recent quarter, and it's winning again in 2020 after McDonald's (NYSE:MCD) announced that it would expand its test of a Beyond Meat-sourced burger in Canada. McDonald's growing the reach of its P.L.T. sandwich -- that's plant, lettuce, and tomato -- isn't a surprise. Top rival Burger King has gone national with its plant-based burger using Beyond Meat peer Impossible Foods.

The top dog when it comes to in-app communication solutions has seen its stock more than quadruple over the past two years, but last year was a case of feasting in the first half before shedding most of those gains in the second half of 2019.

Twilio is picking up where it was in the first half of last year, roaring ahead in January. Twilio tends to be a magnet for investors in the first month of the year, rising 9% and 11% in the first month of trading in the two previous years. With more apps leaning on communication functions that can be tackled without leaving the app itself, mobile developers will keep turning to Twilio.

Latin America's leading online marketplace operator has been a 12-bagger over the past decade, and it's not slowing down in 2020. The shares got a boost after Morgan Stanley reinstated coverage of MercadoLibre on Tuesday with an overweight rating. The price target of $710 is below the Street high of $800, but it still offers reasonable upside from current levels.

MercadoLibre's growth continues to impress. Revenue soared 91% in its latest quarter, adjusted for foreign currency swings, and its MercadoPago payment offering hit a big milestone in which off-platform transactions topped those generated on MercadoLibre itself.