If you've already retired or are just beginning to focus on planning for retirement, you're bound to find lots of advice from lots of people on what to do. Some of that advice will probably include some things you already know.

My hunch, though, is that this will be the only place you'll see a discussion of retirement planning include Social Security, Warren Buffett, and marijuana stocks. Believe it or not, though, each of the members of this seemingly unlikely trio could -- and, for many, should -- play a key role in your retirement strategy. Here's how. 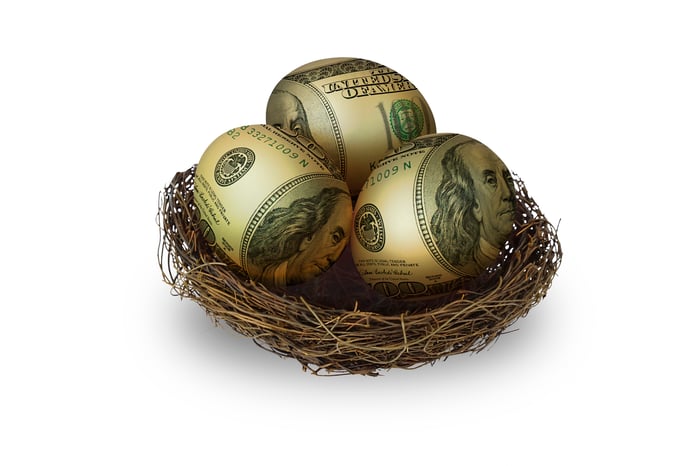 Social Security, of course, is the no-brainer in the group. The federal program will almost certainly be a cornerstone of your retirement plan unless you're in the small group of people who don't qualify for Social Security.

But it's important to know that Social Security was never intended to be the primary source of retirees' income. Actually, the program was designed to provide only around 40% of the average retirees' total annual income. And that percentage will vary significantly based on when you begin receiving benefits.

That's why you'll want to think carefully about when to file for Social Security. It could be tempting to start getting your checks from the program at age 62. However, you'll receive a lot less taking that option than you would if you held off until your full retirement age. You could get even more money by waiting until age 70.

Regardless of when you begin receiving your benefits, Social Security will only be one component to being able to successfully retire. You'll need more income to live comfortably in your retirement years.

Wisdom from an oracle

And that's where Warren Buffett enters the conversation. No, you don't have to become a billionaire to retire in style. However, there's wisdom to be gained from the Oracle of Omaha that can help your retirement planning.

Buffett has long been a champion of buying stocks. At age 89, he's still buying stocks. The important thing to learn from the legendary investor, though, is the kinds of stocks he likes for his company, Berkshire Hathaway.

Even though Berkshire doesn't pay a dividend itself, two-thirds of the stocks that it owns pay dividends. Buffett likes dividend stocks so much because they generate cash flow that he and his team can use to reinvest.

Now for the real twist. Would any sensible person include marijuana stocks in his or her investing portfolio for retirement? Yes. In fact, if you receive or will receive a pension from the state of California, marijuana stocks are already part of your retirement plan.

Why did CalPERS invest in these stocks? The pension fund's investment managers look to generate growth in any way they can. The global cannabis industry is (pardon the pun) growing like a weed, so it makes sense that CalPERS would be interested. It's important to note, however, that CalPERS only bought very small positions in marijuana stocks. Its investment managers are aware of the risk and volatility that these stocks have.

Of course, just because the biggest public pension fund in the U.S. bought marijuana stocks doesn't mean that every investor should include these stocks in their retirement plans. You should only make investments that you're comfortable with.

The bigger point here, though, is that retirement portfolios shouldn't completely ignore stocks with high growth potential, whether they're marijuana stocks or not. It's not a bad idea to invest a small percent of your portfolio in high-growth stocks -- and some marijuana stocks could be worthy of consideration.