The early-stage drug is part of Biogen's push into neurological diseases.

Biogen (BIIB 0.42%) announced it has reached an agreement with Pfizer (PFE -0.76%) to buy a drug in early development that is designed to treat debilitating symptoms related to the disruption of daily rhythms in patients with Alzheimer's and Parkinson's disease. The pipeline drug, PF-05251749, is for the treatment of Sundowning, a condition affecting 20% of Alzheimer's patients that causes confusion and anxiety late in the day, and Irregular Sleep Wake Rhythm Disorder, which causes fragmented nighttime sleep in Parkinson's sufferers.

Biogen will pay $75 million up front for rights to the drug, up to $635 million in additional milestone payments as it develops and commercializes it, and tiered royalties on sales from high single digits to the low teens. 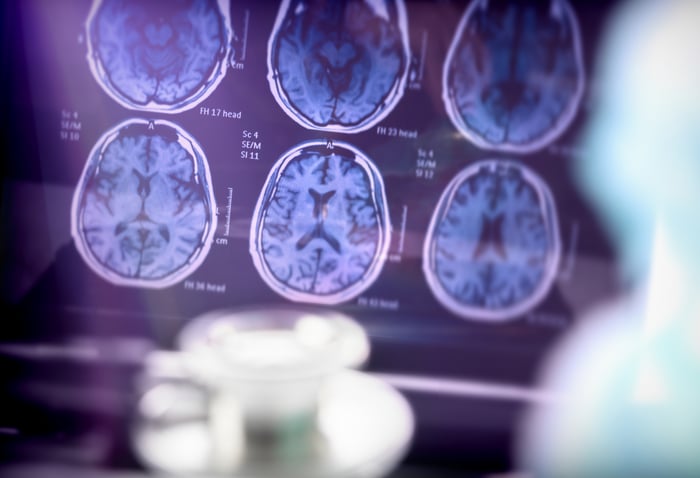 Pfizer spun off its drug candidates for central nervous system (CNS) disorders in 2018 to create Cerevel Therapeutics, jointly owned with Bain Capital, but PF-05251749 apparently didn't make the cut and was put up for sale at a low price. The drug was evaluated before the spin-off in two Phase 1A clinical trials that yielded positive safety results but no data on efficacy.

Biogen intends to initiate a phase 2B study of PF-05251749 in the fourth quarter of 2020 as part of its effort to grow its assets in CNS drugs. In October, Biogen stunned investors when it reversed itself on Alzheimer's drug aducanumab, saying it will file for approval of the drug with the U.S. Food and Drug Administration in early 2020 after having given up on it earlier in 2019. The biotech company also has another Alzheimer's drug, BAN2401, in late stage testing that uses an approach similar to that of aducanumab.