Britain's National Health Service (NHS) announced an agreement with pharmaceutical giant Novartis (NYSE:NVS) to help accelerate the review process for its heart drug inclisiran. The agreement would see inclisiran provided to patients who are at high risk of cardiovascular incidents (heart attacks and strokes) once a separate U.K.-based clinical trial yields its results.

The drug has already been submitted for approval from U.S. regulators back in 2019 and is currently pending approval. Inclisiran goes after a specific protein called PCSK9, which plays a role in producing LDL cholesterol (also known as the "bad" cholesterol) and is intended to be used alongside conventional cholesterol-lowering medications such as statins. 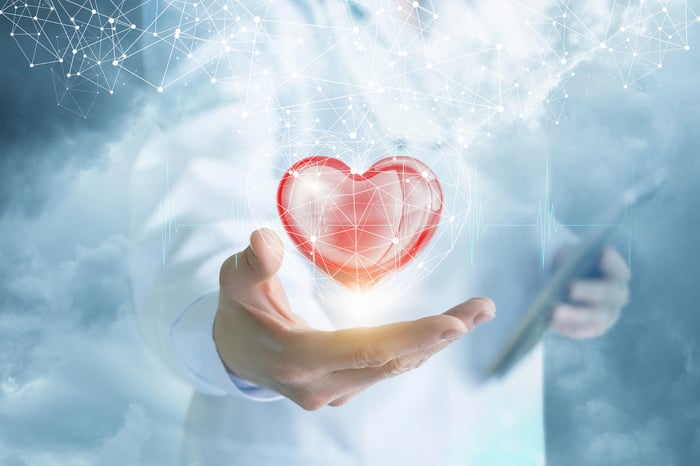 Heart disease is the leading cause of death in the U.K., causing twice as many deaths in comparison to the second biggest killer, lung cancer. However, the overall number of deaths in the U.K. has fallen by almost 50% over the past decade, although national healthcare agencies are far from satisfied with leaving it at that.

What this means for Novartis

Novartis is expecting that future sales for its drug will shoot up significantly thanks to this deal. The company ended up buying the rights for inclisiran for $9.7 billion back in 2019 and expects the drug to be a major blockbuster in the years to come.

If inclisiran ends up winning approval from U.K. health regulators, the deal also stipulates that the NHS will subsidize the price of the drug and offer it as an add-on therapy for patients that don't respond well to statins. While an official price wasn't agreed upon, inclisiran is intended to be competitively priced alongside competitor drugs such as Sanofi's Praluent and Amgen's Repatha.