Telecare expert Teladoc Health (NYSE:TDOC) plans to acquire privately held InTouch Health for $600 million, consisting of approximately $150 million in cash and $450 million in shares of Teladoc Health. The deal, announced Sunday, is expected to close by the end of the second quarter.

The acquisition will add 14,500 doctors at 450 hospitals and health systems that InTouch works with. InTouch's telemedicine platform also adds a wide set of more than 40 clinical uses, including in the hospital setting, which will broaden Teladoc's reach.

In addition to acting as a Software-as-a-Service company, InTouch sells equipment specific for telemedicine in the clinical setting. The systems, which range from portable screens to larger carts with additional capabilities, can help doctors and patients link to specialists. 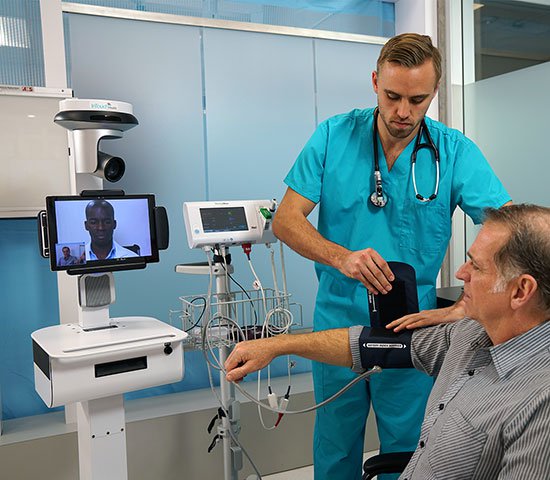 "Bringing these companies together will make Teladoc Health the clear virtual care leader across every front door of healthcare, further accelerating the adoption and impact of virtual care for millions of people around the world," Teladoc's CEO Jason Gorevic said.

According to initial estimates, InTouch Health generated approximately $80 million in revenue in 2019, up 35% year over year. The acquisition would add more than 30% to the $546 million to $550 million in revenue Teladoc's management expected to record last year, although the company doesn't plan to add the potential additional revenue to its 2020 guidance until the deal closes.

Teladoc will discuss the merits of its InTouch acquisition at its presentation on Monday at the J.P. Morgan Healthcare Conference.