Shares of TAL Education (NYSE:TAL) gained 80.7% in 2019, according to data from S&P Global Market Intelligence. The Chinese K-12 tutoring provider posted big gains on the year thanks to impressive enrollment and sales growth. 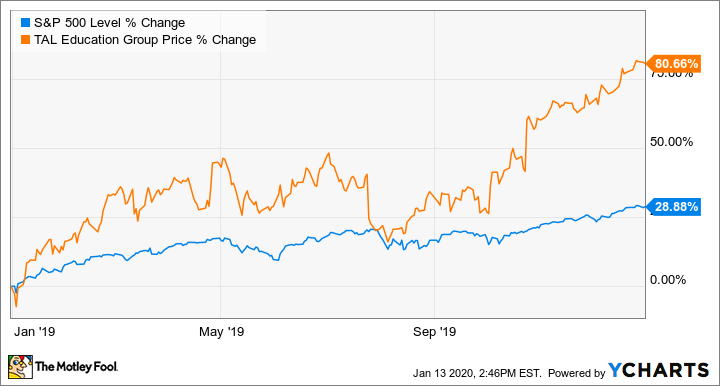 The company reported results for the third quarter of its 2018 fiscal year in late January of last year, and it kicked the year off with results that came in substantially ahead of the average analyst sales and earnings targets. Market momentum helped carry the stock from there, and TAL delivered another round of sales and earnings beats when it reported fourth-quarter earnings results in April. Shares fell in July after earnings for the first quarter of 2019 came in short of the market's expectations, but they jumped in October with second-quarter results and closed out the year with a big rally. 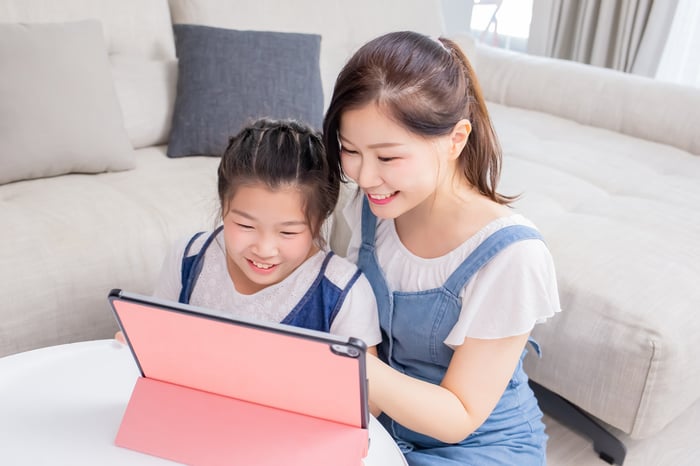 TAL operates after-school tutoring centers and has also been ramping up its online-education courses. The company recorded some substantial earnings misses in the year, with performance falling short of the average analyst targets in half of the quarters it reported in calendar 2019. However, it's understandable that the company has to invest in new locations and technology platforms in order to drive growth, and spending can be difficult for analysts to predict. Impressive momentum for its revenue and enrollment numbers helped the China stock power through the year despite missing profit targets.

The company's non-GAAP (adjusted) Q2 earnings of $0.02 per share missed the average analyst target by $0.13 per share, but sales came in significantly ahead of expectations as the company continued to show encouraging momentum for net student enrollments. Sales climbed nearly 34% year over year in the period to wind up at $936.6  million, and TAL ended Q2 with 758 learning-center locations in 69 cities -- up from 676 locations in 56 cities at the end of the prior-year quarter.

TAL stock's impressive run has continued into 2020, with shares up roughly 14% this year so far. 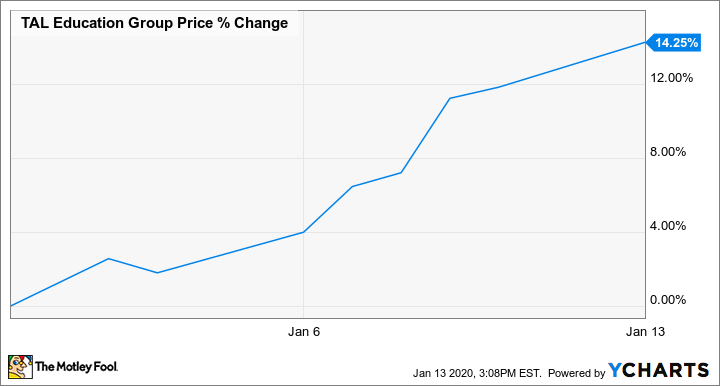 The company is set to publish its Q3 results before the market opens on Jan. 21. TAL Group is guiding for currency-adjusted sales for the period to be between $826.2 million and $843.8 million, with the midpoint of the target good for growth of 42.5% year over year.