Momentum continued to build for the telemedicine leader.

Shares of Teladoc Health (TDOC 5.89%) were surging last year after the telemedicine provider posted steady growth and continued to expand its network. According to data from S&P Global Market Intelligence, the stock rose 69% last year.

As you can see from the chart below, the gains were weighted toward the second half of the year as the health stock benefited from a strong earnings report in October, a partnership with UnitedHealth, and expansion into Canada. 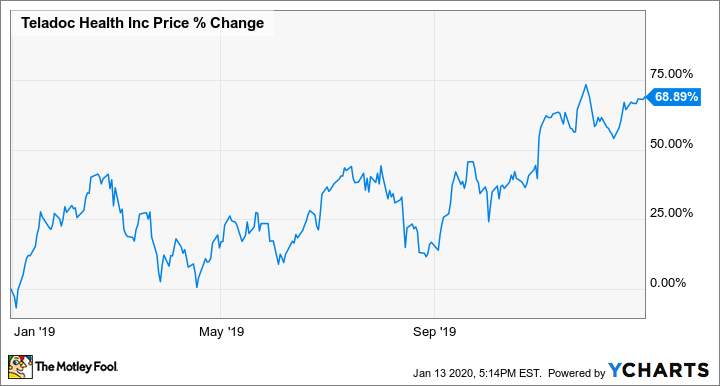 Teladoc shares surged to kick off the year, climbing 30% as the stock bounced back from a December slump that included the resignation of its COO/CFO due to an affair with an employee; the stock also got a boost from an upgrade by an analyst who saw plan sponsors shifting to telemedicine. 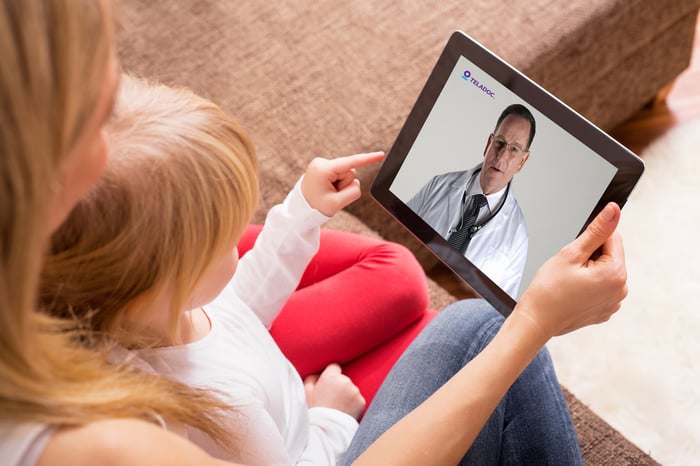 In late February, the stock gave back much of those gains after the company issued a disappointing forecast in its fourth-quarter earnings report, calling for as much as 30% revenue growth in 2019, down from 79% growth in 2018.

The stock traded around $60 for the next several months and then broke out in early September when Teladoc said it formed a partnership with Johnston Group to give 30,000 businesses access to Teladoc's services.At the same time, analysts also gave the thumbs-up to a new deal with UnitedHealth that made Teladoc the insurer's new Virtual Visit provider.

In October, Teladoc shares surged again, climbing 12% as the company beat estimates on both top and bottom lines in its third-quarter report. Teladoc's revenue increased 24% to $138 million, and its net loss narrowed by 13% to -$20.3 million, or -$0.28 a share.

Teladoc shares got another jolt on Monday when the company said it would acquire InTouch Health, the leading provider of telehealth solutions for hospitals and health systems.

The stock rose 13% on that news, which shows that Teladoc will continue to grow both organically and through acquisitions. Telemedicine should present a long tail of growth for Teladoc over the next decade and beyond as technology improves, and insurers and other payers look to cut costs. This shift will take several years, and that all bodes well for Teladoc.

What's Next for Teladoc Stock?