That's why it was surprising when BlackBerry recently partnered with Amazon Web Services (AWS) to launch a new connected vehicle platform that merges BlackBerry's QNX operating system with AWS's Internet of Things (IoT) services. Let's see how this partnership could benefit both companies. 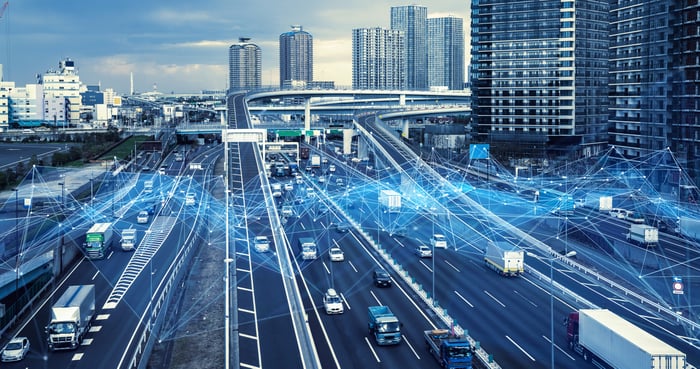 BlackBerry acquired QNX in 2010, and it now accounts for over half the embedded operating system market for connected vehicles. Its biggest competitor, Microsoft's (NASDAQ:MSFT) Windows Embedded, only controls about a fourth of the market.

Microsoft lost this lucrative market to BlackBerry because its software was buggier, less secure, less responsive to voice commands, and harder to control on touch screens. Meanwhile, QNX continued to gain customers, with 31 design wins (11 in the automotive market and 20 across the broader embedded market) last quarter.

BlackBerry doesn't disclose its QNX revenue separately. Instead, it's included in its IoT business, which generated $145 million in revenue last quarter and accounted for 49% of its top line. In mid-2018, Trefis estimated that QNX generated "just below" $50 million per quarter, but that it was generating "double-digit" growth. The firm also estimated that QNX generates a license fee of about $4 per new vehicle.

Based on those numbers, we can assume that QNX generates at least $200 million a year -- or nearly a fifth of BlackBerry's estimated revenue this year. Therefore, it's essential for QNX to keep growing to offset the slower growth of BlackBerry's other enterprise software and services, which struggled with macro headwinds and tougher competition in recent quarters. 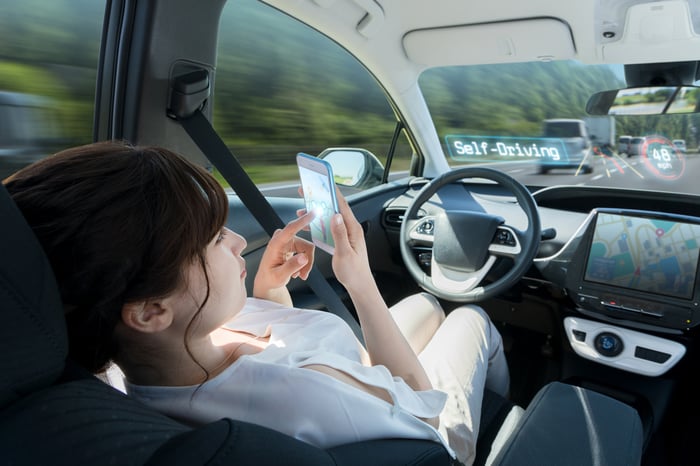 How can Amazon help BlackBerry?

AWS launched its IoT platform in 2015. At the time, Amazon stated that it would make it easier for developers to create apps that link to myriad IoT gadgets, including smart speakers, home appliances, wearables, and connected cars. AWS is already the world's top cloud platform, so it makes perfect sense to integrate its IoT service into the most widely used embedded operating system for connected cars.

The partnership should also strengthen QNX's security. BlackBerry already previously upgraded QNX's security with Jarvis, a tool that lets automakers spot bugs that could be exploited by hackers, but AWS will add an additional layer of protection.

BlackBerry Technology Solutions co-chief John Wall noted that merging those strengths into a single cloud-based offering would ensure that automakers "have the tools they need to deliver the driving experience consumers want, without sacrificing on the security and reliability they need."

AWS's expansion into connected cars could boost the unit's revenue and operating profits over the next few years. AWS is Amazon's most profitable division, and the unit's growth subsidizes the expansion of Amazon's lower-margin marketplace businesses. AWS also faces intense competition from Microsoft's Azure in the cloud platform market -- partnering with BlackBerry could widen its moat against its toughest challenger.

Amazon's partnership with BlackBerry won't boost either tech company's near-term revenue. However, it reinforces BlackBerry's market-dominating position in embedded operating systems for connected cars and expands AWS's reach into the automotive market. Those moves should benefit both companies over the long term as more connected and driverless cars hit public roads.