Shares of Five9 (NASDAQ:FIVN) gained 50% in 2019, according to data from S&P Global Market Intelligence, as the cloud-based contact center specialist ended the year with a pair of exceptional quarterly reports. 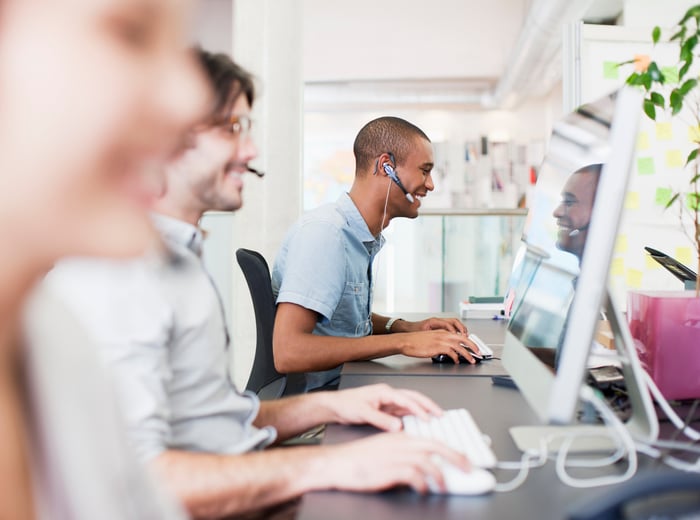 The bulk of Five9's gains last year came on the heels of its solid second-quarter report in late July, which caused the software-as-a-service stock to skyrocket more than 20% in a single day.

More recently, shares rallied another 14% in a single day in early November following Five9's third-quarter update, which saw revenue rise a better-than-expected 28% year over year to $83.8 million, including a 36% increase in enterprise subscription revenue. And while Five9's adjusted (non-GAAP) net income climbed a more modest 11% to $0.20 per share, that bottom line arrived a nickel per share ahead of Wall Street's models at the time.

"More than ever before we are seeing that enterprises have learned to trust the cloud, and company leaders recognize that transforming their customer service experience is a necessity," elaborated Five9 CEO Rowan Trollope. "As increasingly larger enterprises have begun to demand cloud contact centers, we have responded by hiring more engineers and scaling our team, resulting in a substantial increase in throughput and innovation."

Investors will receive their next update on Five9's progress when it releases fourth-quarter 2019 results in mid-February. So for perspective, the company's own guidance calls for revenue in the range of $86 million to $87 million -- or growth of roughly 19.6% at the midpoint -- which should translate to adjusted net income of $0.21 to $0.23 per share.

Whether Five9 can continue to ride its wave of enterprise momentum to meet or exceed those goals remains to be seen. But considering the company has effectively capitalized on the opportunity so far, it was no surprise to see its stock respond accordingly last year.