In early November, to a great deal of fanfare, Disney (NYSE:DIS) launched its flagship entry into the streaming wars -- Disney+. The debut was an unqualified success. Disney cited "extraordinary demand" on its first day of operations, saying it had "a remarkable 10 million sign-ups since launching." Disney also said it had "no plans" to release subsequent subscriber updates until its next quarterly earnings call in early February.

A number of third-party analytics companies have been tracking the progress of Disney+ in the interim, however, and signs are encouraging for the House of Mouse and for Disney investors. 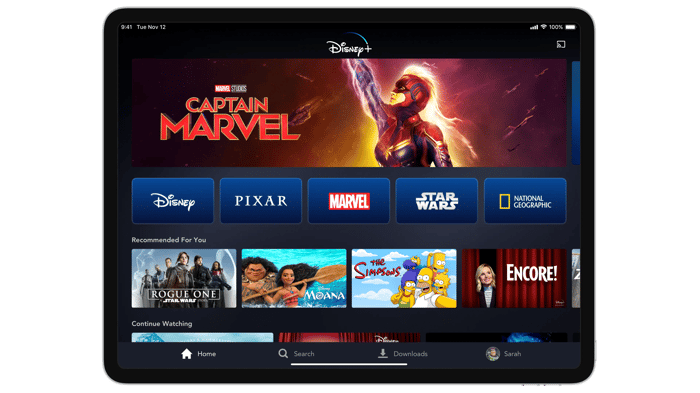 The Disney+ app has reportedly been downloaded nearly 41 million times combined from Apple's (NASDAQ:AAPL) App Store and Alphabet's Google Play Store, and it has generated $97.2 million in mobile spending since its debut, according to marketing intelligence provider Sensor Tower. Users across five countries, including the U.S., Canada, Australia, New Zealand, and the Netherlands, have downloaded the app since Disney+ launched two months ago.

In its second month of availability, Disney+ achieved 13.5 million downloads and generated $43.9 million in spending, which includes both monthly and annual billing options. This is in addition to the $53.3 million of in-app revenue that it attracted during the first 30 days post-launch.

Perhaps most importantly, Sensor Tower said Disney+ recorded the greatest mobile subscriber spending compared to other recent streaming launches, which includes the debut of AT&T's HBO Now and DC Universe, and ViacomCBS-owned Showtime. The Disney+ total of $97.2 million easily eclipsed HBO Now, which came in a distant second with $23.7 million.

An additional source for Disney+ optimism

Other sources have released data that seems to support Sensor Tower's assertions. The Disney+ app was the No. 1 app every day during the first four weeks after its launch in the U.S. in both the Apple App Store and Google Play Store, and accrued 22 million downloads, according to market intelligence provider Apptopia. At that time, the app had generated more than $20 million in in-app purchase revenue, with nearly 10 million users accessing the app daily.

The report also suggested that the $12.99 discounted bundle that also included ESPN+ and Hulu increased demand for the other Disney-controlled streaming apps, which saw downloads grow 46% and 34%, respectively, in the month after Disney+ was released. 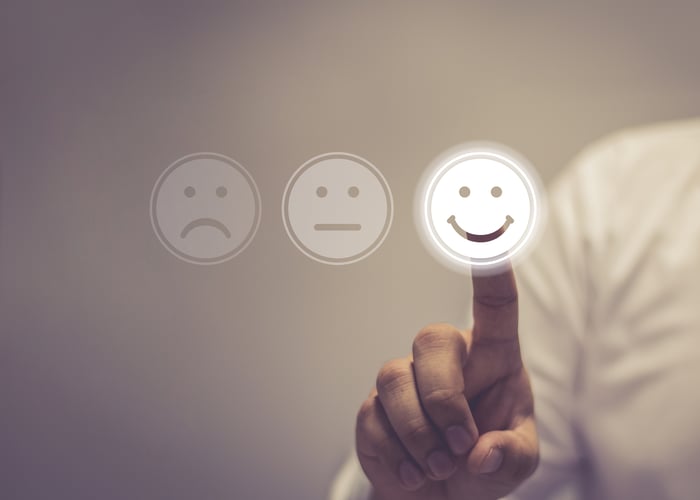 The Disney+ app is also getting high marks for customer satisfaction, easily outpacing its streaming rivals, according to a survey of 1,182 U.S. adults conducted in December by YouGov in partnership with Variety Intelligence Platform (VIP). When asked to rank their satisfaction with the service, with 0 being "very dissatisfied" and 5 being "very satisfied," 76% of respondents gave Disney+ a score of 4 or 5, surpassing every other streaming platform. Netflix followed close behind with 74%, followed by Prime Video, Hulu, and Apple TV+, which achieved scores of 66%, 64%, and 48%, respectively.

When asked about ease of use, Disney+ came in near the top of the pack with a score of 77%, outpaced only by Netflix with 85%. Hulu scored 73%, followed by Prime Video with 68%; Apple TV+ came in dead last with 53%. This shows that users are particularly happy with the technology that makes up the Disney+ user interface.

Based on the data provided, there's simply no way to know how many subscribers Disney+ has accumulated to date, as there are far too many variables, including monthly and annual subscriptions, temporary free trial offers, and of course the aforementioned bundle.

What is clear, however, is what the data shows: The momentum of Disney+ continues, adding nearly $100 million to Disney's coffers. Mind you, this only applies to in-app purchases and doesn't include subscribers who have signed up on a desktop or via a connected TV. This suggests that Disney may have attracted far more subscription dollars than are currently being reported -- and viewers seem very happy with the service thus far.

Disney generated more than $19 billion in revenue just during its latest reported quarter, so $100 million one way or the other is nothing more than a rounding error. Disney is playing the long game, and the number of subscribers amassed during the first two months is inconsequential compared to the months and years to come.