Sometimes, change happens so slowly it's easy to miss. That's what's happening with Intuitive Surgical (NASDAQ:ISRG). The health-focused robotics company pre-released fourth-quarter results this month that continued to impress. This early release has become commonplace, as it allows executives to speak freely at the J.P. Morgan Health Conference taking place this week.

But if we look beyond the headline numbers, we see the nascent stages of a healthcare subscription company forming. That's a huge shift investors need to be aware of. Here are three charts that demonstrate this move. 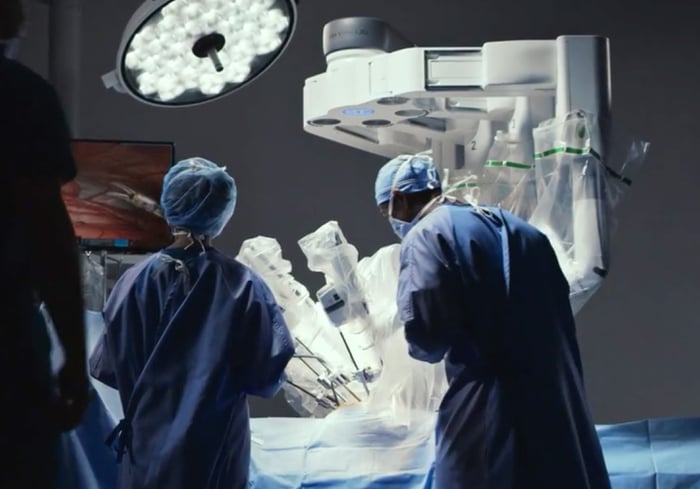 Buying a daVinci robotic surgical system is a big investment for hospitals, as each machine costs over $1.5 million -- prohibitively expensive for some.

But lately, Intuitive has offered up operating leases to lower these barriers. For much lower up-front costs, hospitals can effectively lease the daVinci machines for a recurring rate -- and upgrade when newer versions come out.

The number of systems using this alternative financing has boomed over the past two years. 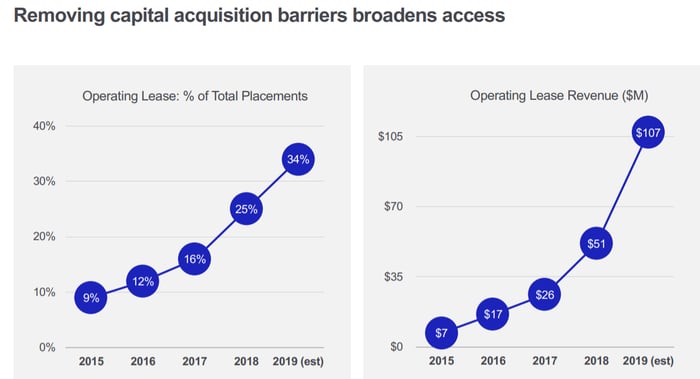 As you can see, one-third of all the systems placed over the past year have been operating via leases. This creates a long-term trade-off that's good news for everyone.

I wouldn't be surprised to see this trend continue, as it works in everyone's best interest to transition to this leasing model.

Intuitive is taking all of the data it has collected over 25 years and creating a platform for surgeons. In essence, it's offering up the type of data and science that's more reminiscent of a software company. 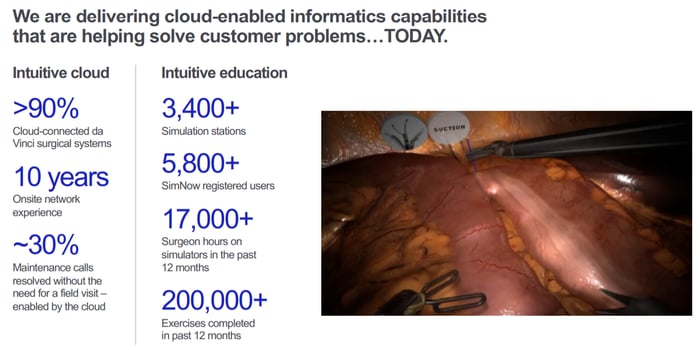 Think about it: Over 90% of Intuitive's machines are connected to the cloud. All of the data provided by those connected machines form the basis for better training on the company's simulators.

Not only does this help train surgeons, but it also provides an advantage that Intuitive's coming competitors won't be able to match for years.

Finally, we get to the most important long-term metric for investors to watch: procedure growth. Intuitive Surgical's stock currently trades for about 50 times earnings. That's a high price tag -- which means high expectations are baked in. 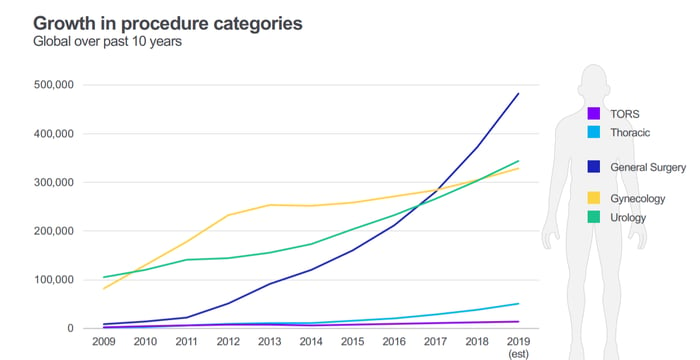 As you can see, general surgery is booming. But it isn't the only growth driver. While the core gynecology market is mature, international urology procedures are also adding a lot of operations to the slate.

For the upcoming year, management said it expects to continue seeing robust growth in hernia, bariatric, and colorectal procedures, all of which fall under the broader general surgery label.

There are powerful forces leading me to believe this trend of upward procedure growth will continue. More doctors are using daVinci thanks to operating leases. As they continue tinkering on the platform with new procedures, that data is collected and distributed to other doctors. Over time, that leads to using the machine for more procedures, improving operating outcomes.

None of this is to say you should run out and put all of your money behind Intuitive Surgical. Instead, it deserves a spot on your own watch list for due diligence. The growth of operations is nothing new. But the drivers of that growth -- essentially, a transition to a subscription-based model -- can't be ignored. It's the type of development that could keep the company relevant for decades to come.