Shares of MGP Ingredients Inc. (MGPI 0.54%), a producer and supplier of distilled spirits, proteins, and starches, plunged over 30% at one point Friday morning after the company released preliminary full-year 2019 results that disappointed the markets. 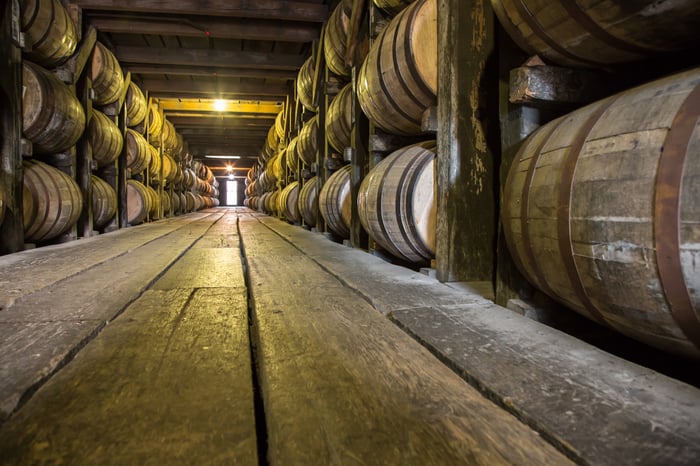 "The shortfall versus our previously communicated guidance is the result of us ultimately being unsuccessful in transacting a large portion of the aged whiskey sales we had forecast for the fourth quarter," said Gus Griffin, president and CEO of MGP Ingredients, in a press release. "While it will be a number of weeks before we complete and report our final results, we wanted to provide this information now. Our final results may differ somewhat from these preliminary estimates."

One takeaway for investors to consider with the preliminary results is that management doesn't believe these results reflect a weak American whiskey category, rather that the company may have incorrectly positioned itself in the market. The company is completing analysis to fine-tune its strategy, marketing, and sales transparency, which will, hopefully, fix the cause of this shortfall. While this does seem to be a fixable issue for management and not part of an uncontrollable downturn in the industry, the weaker-than-expected results are understandably disappointing to investors, and it's no surprise the stock is dropping significantly in the near term within a competitive consumer discretionary industry.