How's the streaming-TV giant holding up against intensifying competition? These data points will provide important clues.

Competition is heating up in streaming video, a trend made particularly clear in the fourth quarter, when both Disney and Apple launched new streaming services. That should make the quarterly report due from Netflix (NFLX 1.98%) next week even more interesting. Investors are waiting to find out whether the streaming-TV giant was able to keep up its strong growth in the face of that intensifying competition.

Ahead of Netflix's fourth-quarter earnings report, due to be released after the market close on Tuesday, here's are three important points investors will want to check on when the update goes live. 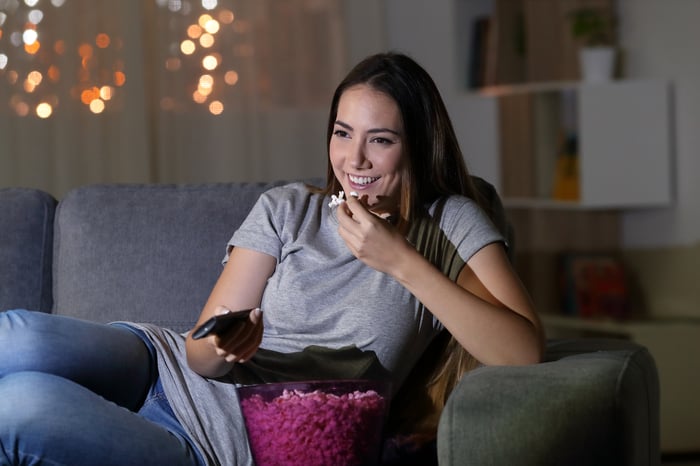 Netflix's top-line improvements have been impressive recently, fueled by a combination of double-digit-percentage growth in subscribers and meaningful price increases. The company's revenue surged 31.1% year over year in the third quarter to $5.25 billion.

For Q4, management guided for revenue of $5.44 billion, implying 30% year-over-year growth. Analysts, on average, are expecting revenue to increase 30.2% year-over-year to $5.45 billion.

Management's guidance was that Netflix would add 7.6 million paid net members globally during the period, and investors should expect it to come close to that. But a more interesting figure to watch will be its U.S.-based subscriber growth.

Netflix announced a price increase for U.S. members earlier this year, and in its third-quarter update, management noted that member "retention [in the U.S.] has not yet fully returned on a sustained basis to pre-price-change levels." That retention decline had resulted in slower U.S. membership growth.

Not only is it likely that Netflix's price increases continued to weigh on membership growth in Q4, but the recently launched rival services are liable to have had a negative impact as well.

For Q4, management said it expected 600,000 of those net member additions to come from its core domestic market. We'll see Tuesday if it hit that target.

Investors should also be sure to check out Netflix's guidance for subscriber growth in Q1. Management's outlook for the period will provide insight into how the company's member growth is trending so far in 2020.

In its third-quarter shareholder letter, management said it expected a "modest headwind" to member growth due to new competition -- but only in the near term.

"In the long-term, though, we expect we'll continue to grow nicely given the strength of our service and the large market opportunity," management said.

Investors will get a better idea of whether or not this headwind is persisting by looking at guidance for first-quarter subscriber growth. The company typically experiences an uptick in subscribers in Q1 compared to Q4, so investors should look for Netflix's forecast for the current quarter to beat its result from the last one.