Please ensure Javascript is enabled for purposes of website accessibility
Log In Help Join The Motley Fool
Free Article Join Over 1 Million Premium Members And Get More In-Depth Stock Guidance and Research
By Rick Munarriz - Jan 21, 2020 at 10:10AM

An analyst is upgrading shares of the leading U.S. warehouse-club operator just as it closes in on all-time highs.

Costco (COST 1.35%) investors are sitting pretty with shares of the warehouse club operator kicking off the abridged trading week less than 1% away from taking out its all-time highs, but one Wall Street pro is aiming even higher. Rupesh Parikh at Oppenheimer is upgrading the stock from perform to outperform, singling Costco out again as a top pick.

Parikh is also boosting his price target on Costco stock from $300 to $335. The upside of the new goal might not seem like much at current levels -- it's only 10% of near-term upside off of Friday's close -- but it's actually the Street high among his fellow analysts. Wall Street has historically seen Costco as a slow yet steady performer, so it's not a surprise that the highest of the market's price targets is relatively low. High floors often result in low ceilings. 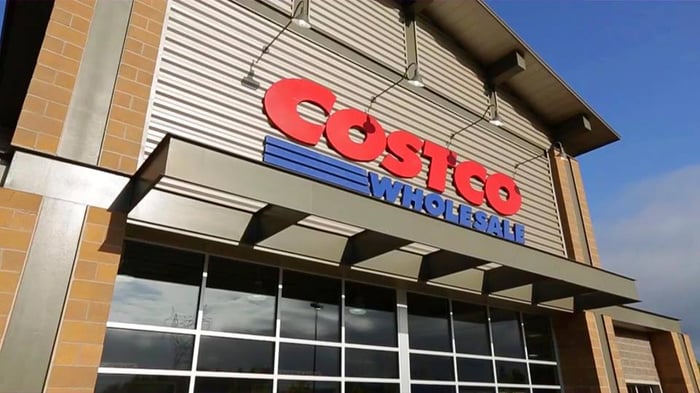 It all checks out

The rub with the surprisingly low Street high is that Costco was driving in the passing lane through most of last year. The stock soared 44% in 2019, handily beating the market. An upgrade is still an upgrade, but either Wall Street is slow in catching up to the buoyant share price or the market's being cautious after a year in which the stock gains overshot the improving fundamentals.

Costco is in great shape these days. Revenue rose 8% in fiscal 2019, fueled by a 5% uptick in comps. Store traffic growth is accelerating, a welcome sight for folks worried about e-commerce eating into bricks-and-mortar sales at many traditional retail chains. Costco isn't necessarily asleep at the wheel when it comes to e-tail, though. Online sales growth is slightly outpacing in-store gains, but it remains a small part of the overall business.

The 785-warehouse chain reported reasonable financial results for its fiscal first quarter last month. Net sales and comps slowed slightly from the pace it established in fiscal 2019, but Costco is still growing in popularity as a concept. Renewal rates continue to clock in above 90%, and the investment remains a market darling among food stocks with its all-weather appeal. Costco has landed ahead of Wall Street's profit estimates in each of the past four quarters.

Oppenheimer's Parikh realizes that his new $335 price target on Costco stock isn't going to get temperatures rising in the growth-investing camp. He sees limited upside for the food retailing universe. However, he does feel that Costco will deliver better returns than its peers.

Costco regained some of its racing stripes earlier this month when it posted accelerating comps and double-digit net sales and e-commerce gains for the month of December. The stock is unlikely to match the 44% pop it came through with last year, but it won't be a surprise of other Wall Street pros bump their price targets even higher than where Parikh is now as the shares approach the $335 mark.