Vaccine-maker Novavax is running up on the news the coronavirus has infected a person in Washington state.

A mysterious new virus in China has infected more than 300 people and killed six. According to the Centers for Disease Control and Prevention (CDC), this coronavirus started in Wuhan City in China's Hubei Province and has spread to Thailand, Japan, and South Korea. On Tuesday, the CDC confirmed the virus reached the U.S., with a man in Washington state falling ill.

Shares of certain biotech stocks are soaring in response. Novavax (NVAX 15.12%) is up 73% today from its closing price Friday. The vaccine specialist has its lead compound, NanoFlu, in phase 3 trials to help stop the recent flu outbreak that has resulted in 57,000 deaths. But the company's platform, vaccines based on recombinant nanoparticle technology, has also been used against the MERS (Middle East Respiratory Syndrome) coronavirus and the SARS (Severe Acute Respiratory Syndrome) coronavirus. 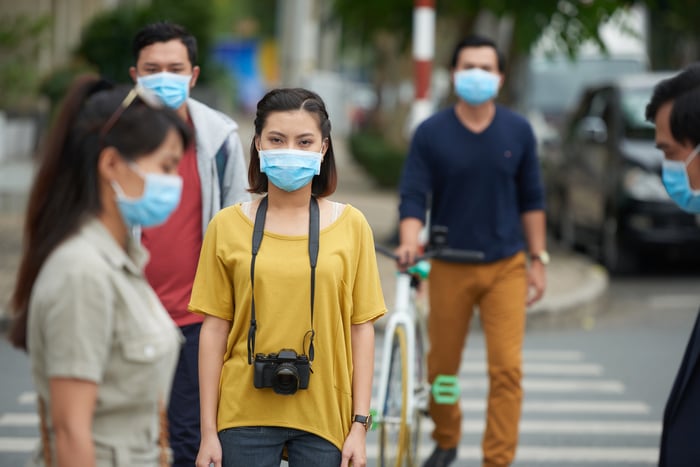 Developing a new type of vaccine

Novavax has reported success in animal models against both SARS and MERS. One big problem with using vaccines against emerging pathogens is that the drugs need to be approved by regulatory bodies, a process that can take years. SARS, a coronavirus that made headlines in 2003, infected more than 8,000 people and killed 775 people. MERS, identified in 2012, infected 345 people and killed 107 of them. These diseases are scary because a significant percentage of people who get the virus die.

The flu kills many more people, which is part of why Novavax has done human trials for its flu vaccine but not for its drugs for SARS or MERS. While those viruses are highly dangerous, they are also limited in scope. Still, today's run-up is a vote of confidence that Novavax could find a vaccine if this new pathogen becomes widespread.