Despite the company's best efforts, England's top regulators say the drug is too expensive.

One of England's top healthcare watchdogs, the National Institute for Health and Care Excellence (NICE), has officially decided to stay the course and reject AstraZeneca's (AZN 2.59%) lung cancer drug Tagrisso.

A few months ago, the pharmaceutical giant argued that the drug should receive approval as the first line of defense for patients with EGFR-positive non-small cell lung cancer -- about 10% of all lung cancer patients. Clinical data has shown that Tagrisso can delay cancer growth for almost 19 months, in comparison to the 10 months that a pair of rival drugs were able to demonstrate. However, NICE found the drug to be too expensive relative to its effectiveness, costing 5,770 pounds ($7570) for a 30-day supply. 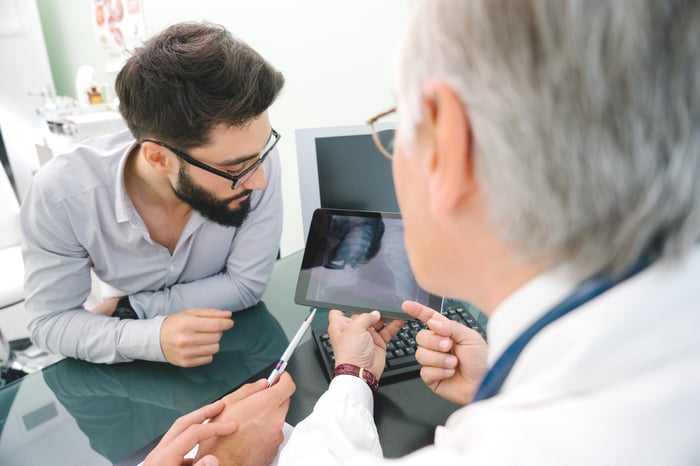 "The cost-effectiveness estimates vary from slightly below to above the range considered to be a cost-effective use of NHS resources," read an official statement from NICE.

The decision is a harsh blow to AstraZeneca. Tagrisso was its top-selling treatment for most of 2019, generating $2.3 billion in the first nine months of the year. The drug received approval in the U.S. back in April 2018, with additional approvals from Canada and the EU following shortly after.

NICE has rejected a number of drugs from coverage recently based on cost-effectiveness criteria. Earlier today, the watchdog also published a note rejecting Astellas Pharma's gilteritinib for patients with myeloid leukemia. Johnson & Johnson's ulcerative colitis drug, Stelara, also fell under scrutiny by NICE on Wednesday, although the company still has until mid-February to provide new evidence that would support a decision to cover it.