Please ensure Javascript is enabled for purposes of website accessibility
Log In Help Join The Motley Fool
Free Article Join Over 1 Million Premium Members And Get More In-Depth Stock Guidance and Research
By Keith Speights - Jan 22, 2020 at 7:02AM

Amarin (AMRN 0.70%) is about to make a boatload of money. Probably no one familiar with the biotech would argue that point.

In December, the FDA gave the go-ahead to a new label expansion for Amarin's sole approved drug, Vascepa, in reducing cardiovascular risk. While Vascepa has been on the market for around seven years as a treatment for lowering triglyceride levels, the latest FDA approval opens the door for the drug to be prescribed for many more patients.

But just how much is Amarin worth now that it has what many consider to be a surefire blockbuster on its hands? Here are answers to that important question as examined from three different angles. 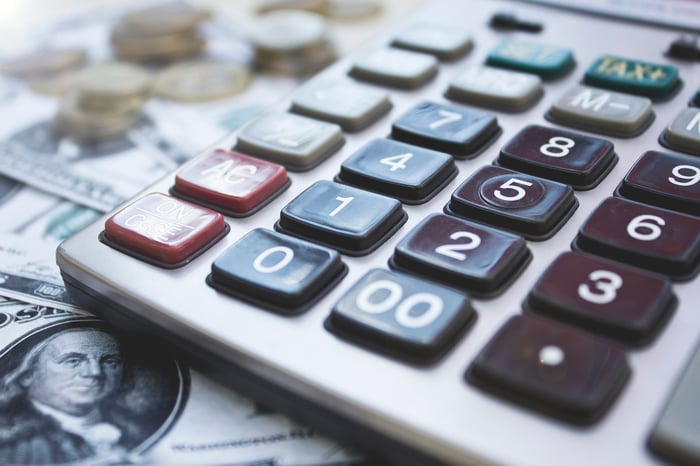 Spoiler alert: Wall Street analysts don't always get things right. However, these folks are paid big bucks to delve into every detail they can find about a company. If nothing else, when analysts project how much they think a stock should be worth, they've thought long and hard about that number.

Analysts try to look ahead to estimate what a stock will be worth in the future. In Amarin's case, the future appears to be very murky based on the wide variation between analysts' one-year price targets.

For example, Roth Capital's Yasmeen Rahimi set a price target of $31 per share for Amarin, representing upside potential of nearly 50%. That's one of the highest valuations among analysts. Rahimi's view is based on optimism about the prospects for Vascepa, with AstraZeneca halting a late-stage cardiovascular study for potential rival Epanova and Acasti Pharma's clinical failure for CaPre.

J.P. Morgan analyst Jessica Fye doesn't think Amarin has nearly as much room to run over the next 12 months. Fye established a price target of $22 per share, only around 5% above the current stock price. Her take is that, while Vascepa will be successful, its sales won't skyrocket at first but will instead steadily ramp up over the next 10 years. Fye also predicts that Vascepa will face generic competition near the end of that period.

Then there's the purveyor of doom and gloom: Oppenheimer's Leland Gershell. Oppenheimer's one-year price target for Amarin is only $8 per share, more than 60% lower than the current stock price. Gershell's main concern is that Amarin will spend so much to launch Vascepa that its bottom line will be heavily weighed down.

This wide range of price targets reflects a market cap for Amarin somewhere between $2.8 billion and $11.1 billion. With such conflicting perspectives about the stock's prospects, even using an average of the analysts' price targets seems like a waste of time.

Even if there was more of a consensus, though, there's still a big problem with one-year price targets: They only attempt to predict the value of the stock one year out. It's better to make investing decisions based on a long-term perspective.

Another way to try to determine what Amarin is worth is to perform a discounted cash flow (DCF) analysis. One recent DCF analysis of Amarin calculated that the stock could be worth over $50 per share, assuming the company's revenue grows by 50% or more over the next five years. This would put Amarin's market cap at close to $20 billion.

Again, though, these kinds of estimates depend on predicting how strong sales of Vascepa will be. And those peak sales estimates -- like Wall Street analysts' one-year price targets -- are all over the map, from around $2 billion to close to $10 billion.

So how much is Amarin really worth? Perhaps the best answer is the simplest one: It's worth what buyers will pay for it. Right now, investors think that Amarin is worth a little under $21 per share, with a market cap of around $7.3 billion. If enough investors thought it was worth a lot more (or a lot less) than that, Amarin's share price would reflect the prevailing sentiment.

Remember that investors aren't paying nearly $21 per share for the stock because of the company's past sales. Instead, they're basing their decisions on their best guesses as to how Amarin will perform in the future. This is a fundamental part of investing in stocks in any industry.

However, a big drugmaker could think that Amarin is worth significantly more than its current valuation. Amarin has been viewed by many (including me) as a top acquisition candidate. Vascepa would be a nice addition to the lineup of major biopharmaceutical companies with established cardiovascular sales teams. My view is that a big player could maximize the return from the drug a lot more quickly than Amarin could on its own.

Vascepa should become a blockbuster within the next two or three years. It should ultimately reach sales of $2 billion (and perhaps a lot more). There's a reasonable chance that Amarin could become a takeover target. With all of these dynamics in play, I think the stock should be able to move at least 20% higher in the not-too-distant future.