Please ensure Javascript is enabled for purposes of website accessibility
Log In Help Join The Motley Fool
Free Article Join Over 1 Million Premium Members And Get More In-Depth Stock Guidance and Research
By Demitri Kalogeropoulos - Jan 22, 2020 at 11:00AM

The spice and flavorings giant will provide its annual outlook as it delivers the final report of its fiscal 2019.

Investors grew cautious about McCormick (MKC -0.70%) stock last year, and that conservatism caused shares to underperform the broader market throughout 2019. The spice and flavorings giant ended the year with higher optimism than it started, though, as its operating trends improved.

While McCormick's financial metrics look strong, its growth picture has been mixed. The good news is that investors will get more clarity regarding the pace of its expansion when it reports fiscal fourth-quarter results on Jan. 28. CEO Lawrence Kurzius and his team will likely issue important guidance for the new fiscal year, too.

Let's consider what investors can expect to hear from the company. 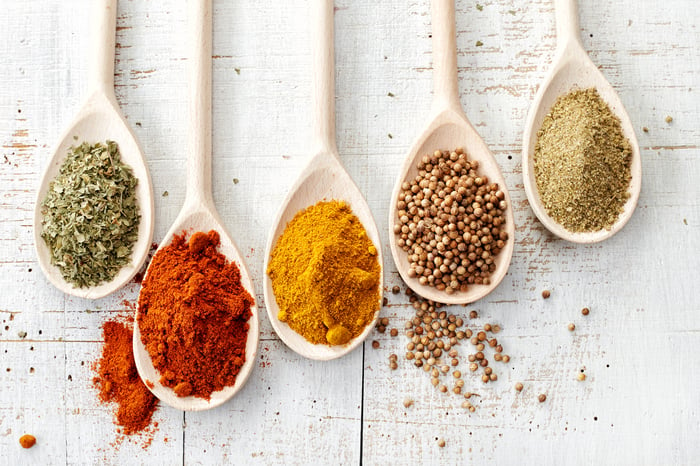 A case of bad timing, or a real deceleration?

McCormick has several competitive advantages that combine to give it a brighter growth outlook than most other companies in the consumer-packaged goods space. It has a huge global footprint, for example. McCormick is situated in the spice and flavorings niche, which has been outgrowing other niches. The company's condiment business, anchored by the newly acquired French's and Frank's franchises, is especially strong.

McCormick's growth still slowed appreciably in its fiscal 2019, which ended Nov. 30. Organic sales are on track to rise by between 3% and 4%, compared to management's long-term goal of 5% annual gains. Executives at times last year pinned the blame on the timing of purchases by major customers while asserting that market share trends were still strong. An organic sales increase in this next report that improves on last quarter's 2% uptick would add weight to that argument. A miss, on the other hand, might call the company's broader rebound plan into question.

The financial trends have been more uniformly positive for McCormick. Operating cash flow is up to $495 million over the past nine months compared to $389 million over the prior-year period. Adjusted operating margin has risen to 17.5% from 16.6% over that time, and net income (after adjusting for special tax rebates and charges) is up to $501 million from $439 million.  In early October, management raised its earnings outlook even as it aggressively paid down its debt.

The surging cash situation gives McCormick plenty of flexibility as it considers investing more in growth and potentially making more game-changing acquisitions. One clear result for shareholders will likely be a resumption of the stock repurchase program that was suspended in the wake of the company's $4 billion purchase of the French's and Frank's brands.

The key item in Tuesday's report will be speculative, as management will offer its first official guidance for fiscal 2020. The company has been targeting a 5% organic growth pace, but investors might reasonably question whether that long-term target is achievable if McCormick forecasts another year of sluggish growth.

The most likely scenario is that McCormick predicts growth of between 3% to 5%, with the high end of that range translating into earnings growth of around 10%. Paired with rising cash returns, many investors would be happy with such a positive result from this stable dividend giant.