Please ensure Javascript is enabled for purposes of website accessibility
Log In Help Join The Motley Fool
Free Article Join Over 1 Million Premium Members And Get More In-Depth Stock Guidance and Research
By Beth McKenna - Jan 22, 2020 at 10:12AM

Revenue growth and guidance will be key when the contract manufacturer reports Q4 results.

Proto Labs (PRLB 4.69%), a quick-turn contract manufacturer, is slated to report its fourth-quarter and full-year 2019 results before the market opens on Thursday, Feb. 6.

As is typically the case, the company -- which uses both traditional and 3D printing manufacturing techniques -- will kick off the quarterly earnings season for the 3D printing space. The two largest pure-play 3D printing companies, 3D Systems and Stratasys, haven't yet announced dates for the release of their results.

Investors will likely be approaching the report with caution. Last quarter, revenue fell short of Wall Street's consensus estimate, and fourth-quarter guidance for both the top and bottom lines came in lower than analysts had expected.

Proto Labs stock has had a strong start to 2020, gaining 7% through Jan. 21, versus the S&P 500's 2.9% return. The stock was still an underperformer, however, over the last year. But it's notably outperformed the market over the three-year period and since the company's initial public offering (IPO) in April 2012. 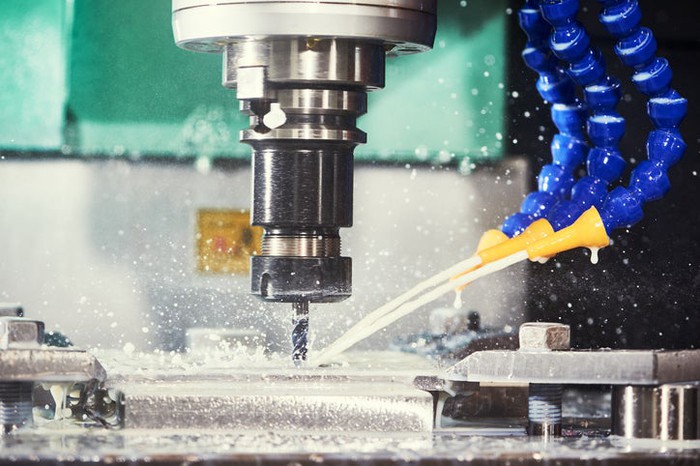 1. Key quarterly numbers: Revenue should be the main focus

As with the past couple of quarters, expectations are low. In 2019, Proto Labs has been struggling to grow revenue in a global industrial environment that management has characterized as "weak." Moreover, the company's Rapid Manufacturing business, acquired in late 2017, has been underperforming management's expectations. (Rapid provides sheet metal and computer numerical control, or CNC, metal-machining services in the United States.) Whether this is primarily a matter of management originally underestimating how long the integration would take or overestimating Rapid's potential remains to be seen. It's still relatively early in the integration process, though that won't be true in a year when we cross the three-year point.

For context, in the third quarter, Proto Labs' revenue edged up 1.8% year over year -- or 2.5% in constant currency -- to $117.5 million, and adjusted EPS fell 12% to $0.76. On last quarter's earnings call, CEO Vicki Holt said that revenue growth for the company's legacy services was about 4% in constant currency, while Rapid's revenue declined 14.3%. Both revenue growth rates worsened from the second quarter, when they were about 9% and negative 8.6%, respectively.

The company's gross margin has declined since the Rapid acquisition. In the third quarter, the gross margin based on reported numbers came in at 50.8%, down from 52% in the second quarter. Adjusted gross margin was 51.5%, down sequentially from 52.6%.

The market is forward looking, so its reaction to Proto Labs' earnings release will probably be largely driven by the company's outlook relative to Wall Street's expectations. So you should know that in Q1 2020, analysts are modeling for adjusted EPS of $0.67 on revenue of $115.3 million, representing a slight decline of 2.9% and an unchanged result, respectively, year over year.