Management laid out a plan to focus on more profitable growth and updated fourth-quarter guidance.

Express' strategy addressed multiple key points. Management identified $80 million in annualized cost-reduction opportunities that it expects to drive over the next three years. It said $25 million of those cost reductions will be driven by process improvements and inventory optimization, and $55 million will be generated by workforce restructuring. Management also identified roughly 100 stores to close by 2022, which will result in a $90 million net reduction to sales by 2022 but is also expected to improve EBITDA by $15 million annually over the same time frame. 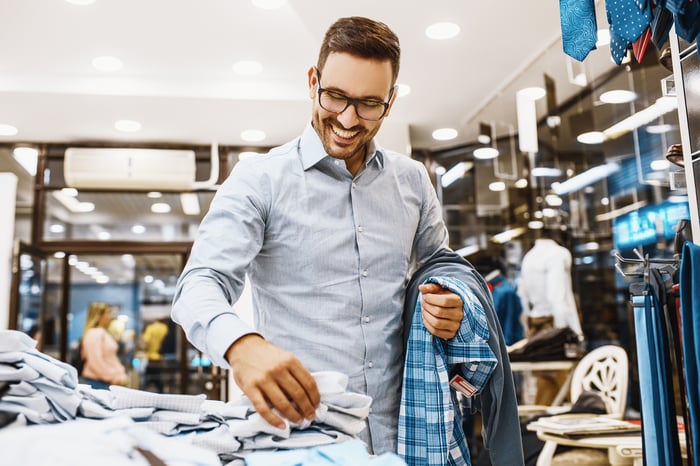 Today we are unveiling our new corporate strategy, called The EXPRESSway Forward, and we are focused on profitable growth. My expectation is that we will return to a mid-single-digit operating margin through a combination of low-single-digit comp sales growth, margin expansion and cost reductions. This will of course take some time, but we have a clear path.

Management also narrowed fourth-quarter earnings-per-share guidance to a range between $0.17 and $0.19 per share from the prior range of $0.16 to $0.21 per share. Express expects a third consecutive quarter of sequential improvement in comparable-store sales, even if comps are expected to check in with an uninspiring 3% decline in the fourth quarter. Ultimately, today was a step forward for investors, who have watched the stock shed more than 50% of its value over the past three years in a competitive industry.

Management still faces a tough task of better engaging its consumers, attracting new consumers, and reinvigorating its brand while cutting operating costs, but investors seem to believe Express is aiming its business in the right direction.