Please ensure Javascript is enabled for purposes of website accessibility
Log In Help Join The Motley Fool
Free Article Join Over 1 Million Premium Members And Get More In-Depth Stock Guidance and Research
By Rich Duprey - Jan 22, 2020 at 7:33AM

The rollout of the streaming service was rocky enough without programming now disappearing.

It was such a mess that Disney had to issue an apology, although it blamed demand far exceeding expectations as the culprit.

While most of the problems were soon corrected, subscribers were once again jolted when they recently discovered that movies and shows that had been available on Disney+ suddenly disappeared, leading some to ask whether this was another snafu that would damage the service's reputation. 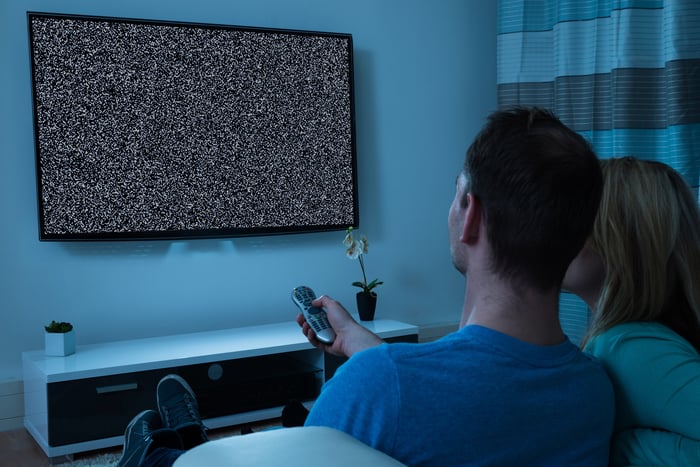 It's a big world after all

Without question, Disney+ has been hugely popular. Data from Sensor Tower shows the service's app was by far the most downloaded app in the U.S. in the fourth quarter, with over 30 million downloads, or more than double the number of second place Tik Tok.

Disney+ was downloaded over 18 million times from Apple's App Store (mostly on the iPhone) and another 12 million or so times from Google Play. In the U.S. App Store, it knocked YouTube from the No. 1 position for the first time in a year.

It was also the first time since 2017 that an app had exceeded 10 million downloads on Google Play, a feat last achieved by Facebook Messenger. That put Disney in seventh place on the list of top U.S. publishers on Google Play, with the Disney+ app representing 83% of all Disney app downloads.

Moreover, Tower Sensor says Disney+ generated $50 million in its first 30 days for Disney -- more than either HBO NOW or Showtime -- and in December, the app earned more than HBO NOW ever did in a single month, even during the period when people were downloading its app to watch the final season of Game of Thrones.

So with all of those superlatives, is the disappearing content an unforced error, one that will reverse -- or at least diminish -- the gains Disney made? Not likely.

A legacy to remember

The reason Disney pulled movies like Home Alone, Pirates of the Caribbean: On Stranger Tides, and The Sandlot even though it owns them is because it had to honor legacy contracts. As soon as those deals expire, they will return.

It appears the deals were primarily with Amazon; in the U.S., at least, those movies are all on Prime Video, but not on Netflix. It was, of course, the likelihood of Disney and other studios and services launching their own competing services that forced Netflix to begin spending billions of dollars annually to acquire and produce its own original content.

Analysts are forecasting Netflix will be spending as much as $17 billion on content this year, a $2 billion increase over 2019, which is a double-edged sword for the streaming giant.

While new programming can attract more viewers, it may require subscription prices to rise, and Limelight Networks, whose content delivery network supports both Disney+ and Amazon Prime Video, believes original content may not even be the most important thing consumers look for in streaming. According to Steve Miller-Jones, vice president at Limelight Networks, “We’ve heard from our customers and our own market research shows that the key to keeping subscribers is also very much about the experience provided. It’s about providing flawless online experiences and we’re starting to see demand for enhanced technological features such as interactivity, social media integration and greater personalization.

Plenty of programs where they came from

Disney+ remains at least somewhat at the mercy of discretionary consumer spending. No doubt a lot of Star Wars fans downloaded the Disney+ app to watch The Mandalorian series, and some people on social media reported cancelling their subscriptions when the first season ended at the end of December. A lot of other people got Disney+ at a discount or for free as part of a bundle for buying a different service, and they may also cancel when the discount ends or the free trial period runs out.

While that's the natural ebb and flow of a video streaming service, it's unlikely people will drop Disney+ simply because they temporarily can't watch one of Johnny Depp's five outings as Captain Jack Sparrow. It may be disappointing the movies aren't available, but they're not the sort that would be a dealbreaker for many.