Netflix falls 180,000 domestic subscribers short of its earlier goal, but there's a bright side to the dark news.

Investors weren't impressed with Netflix (NFLX 2.90%) following the announcement of its fourth-quarter results, sending the shares nearly 4% lower on Wednesday. The biggest sticking point was that the leading premium streaming video service only closed out the quarter with just 420,000 more paying streaming accounts in the U.S. than it did when the period began. It was targeting net streaming additions of 600,000 members stateside three months ago.

A miss is a miss, but there's more to that number than meets the eye. Let's look at some of the silver linings behind Netflix's performance through the last three months of 2019. 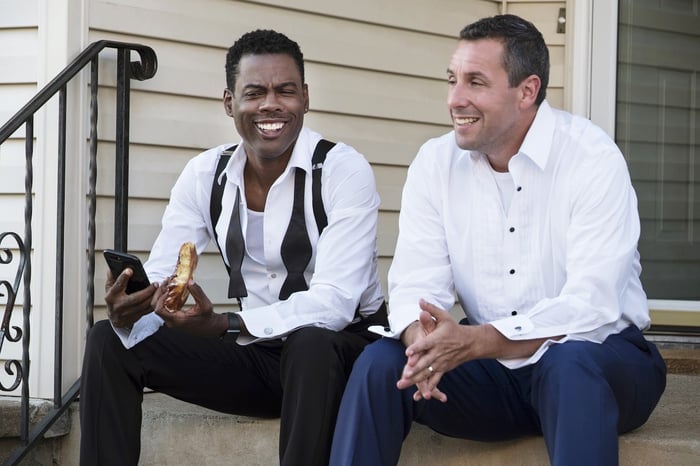 1. A small miss here means a big beat everywhere else

The bearish narrative coming out of Tuesday's report is that Netflix missed its stateside guidance, but the bigger story is that it blew through its global target. The 8.76 million global streaming paid net additions it landed in the fourth quarter was 1.16 million more than the 7.6 million it spelled out in its mid-October outlook.

If Netflix fell 0.18 million short of its U.S. forecast, that means it beat by 1.34 million paying accounts everywhere else. It's true that domestic users are more valuable right now for Netflix than international accounts, but we've seen the global shift for years. With international users now outnumbering domestic users, it's a good thing that the beat happened in the non-U.S. market, which now accounts for its largest audience.

Stateside growth has slowed to a crawl. The 61.04 million U.S. streaming members Netflix closed out the year with is a mere 4% more than it had at the beginning of 2019. However, subscriber growth did improve sequentially, and that matters. The launch of Disney's (DIS 1.84%) new streaming service in November could've opened the floodgates of defection, and it probably hurt, but it wasn't enough to shrink Netflix's growing audience.

Netflix posted a sequential decline in the second quarter, and that spooked the market as it came following the springtime domestic price hike. If an event is going to deal Netflix a setback it's better that it is one that it can control, like a price hike, than one it can't, like a head-turning rival blasting onto the scene.

3. Everyone sees what they want to see

Wall Street's reaction to the report was reasonable. Bears are still bearish. Bulls are still bullish, sticking to their stock price targets at $400 or higher. One bullish analyst -- Jason Helfstein at Oppenheimer -- boosted his price goal on Netflix stock from $385 to $400.

It would obviously be great for those long Netflix to see bears dial back their pessimism following a blowout quarter, but at this point the silver lining is that the bulls weren't rattled by the small miss in stateside subscribers. Netflix remains a classic growth stock that's possibly a bit misunderstood by investors these days. Netflix came through with a strong quarter, even if the market's initial reaction doesn't agree with that assessment.