A lower tax rate and an increase in interest and other income helped boost the company's bottom line.

Following up on preliminary fourth-quarter results released earlier this month, Intuitive Surgical (ISRG 2.53%) reported its official results after the closing bell on Thursday. Revenue for the period increased 22% to $1.28 billion, exactly what the company had calculated with its preliminary number.

The full report also includes expenses and net income, which weren't in the initial report since it takes businesses longer to add up all their expenses for the quarter. Income from operations was up 19.8% in the quarter, but grew slower than revenue because research and development expenses, which were up 30% year over year, ate into operating profits.

A lower tax rate and an increase in interest and other income helped the healthcare company grow its bottom line faster than its operating income. Net income for the quarter increased 22% to $358 million. Intuitive Surgical brought in $2.99 per share, also up 22% year over year. 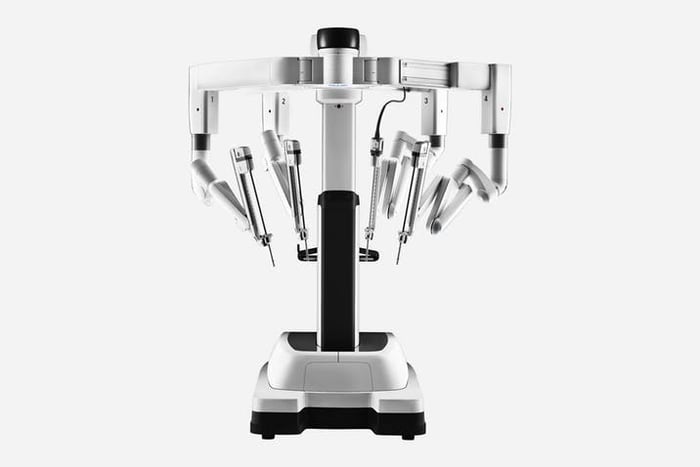 The company sold 336 da Vinci Surgical Systems in Q4, a 16% year-over-year increase. The number of procedures performed using the machines increased by 19%, driven by growth in general surgery procedures in the U.S. and urologic procedures worldwide.

The company added $415 million to its coffers to end the quarter with $5.8 billion in cash, cash equivalents, and investments.