Please ensure Javascript is enabled for purposes of website accessibility
Log In Help Join The Motley Fool
Free Article Join Over 1 Million Premium Members And Get More In-Depth Stock Guidance and Research
By Beth McKenna - Jan 23, 2020 at 10:20AM

Stratasys (SSYS 2.13%) hasn't yet announced a date for the release of its fourth-quarter and full-year 2019 results, but investors can probably expect them to come out by early March.

This will be the first quarterly release since the 3D printing company named a new CEO. In December the company announced that effective Feb. 18, Yoav Zeif will take the reins from interim CEO Elan Jaglom, who is also chair of the company's board.

Investors will probably be approaching the release with caution. After last quarter's release, the market sent shares tumbling more than 11% because the company's revenue had missed Wall Street's consensus estimate and because management had lowered full-year 2019 revenue guidance. 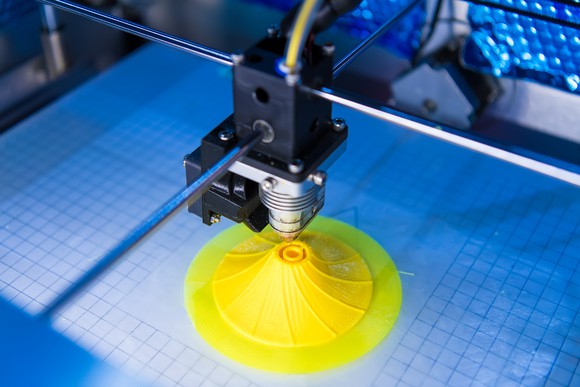 Investors will want to particularly focus on revenue, as Stratasys needs to grow revenue in order to power earnings growth, at least over the long term.

In the third quarter, the company's revenue edged down 2.8% year over year to $157.5 million, which management attributed to a continuation of the challenging macroeconomic climate in Europe and Asia. Loss per share under generally accepted accounting principles (GAAP) widened to $0.13 from $0.01 in the year-ago period, while adjusted EPS rose 9.1% to $0.12.

All eyes should be on the all-important 3D printer revenue. This metric is crucial because sales of 3D printers drive recurring sales of print materials, which sport high profit margins.

In the third quarter, 3D printer revenue fell 9% year over year. This result was slightly better than the 10% decline in the second quarter.

For context, in the third quarter, 3D Systems' (DDD 0.48%) GAAP and adjusted gross margins were 43.3% and 44.4%, respectively. So Stratasys is performing considerably better than its prime 3D printing competitor on this metric.

In recent quarters, Stratasys has been using cash in its operations, a reversal of its usual dynamic of generating cash. Obviously, investors would like to see this change.

In the third and second quarters, the company used cash of $8.6 million and $3.8 million, respectively, in its operations. Nonetheless, its cash position remains robust, as it had $347.1 million in cash at the end of last quarter. That cash pile is a lot bigger than that of 3D Systems, which ended last quarter with $127.6 million.