The pharmacy chain's stock plummeted in 2019, but is it a good time to buy?

Walgreens Boots Alliance (WBA 1.52%) has been around in some form or another for 119 years, growing to become the second-largest pharmacy chain in the country. There's little doubt it will be around for another five -- and beyond. Even so, the retailer is grappling with dramatic shifts in the retail and healthcare sectors and will have to continue to evolve to remain healthy. So what will Walgreens look like in five years, and will it be a good investment? 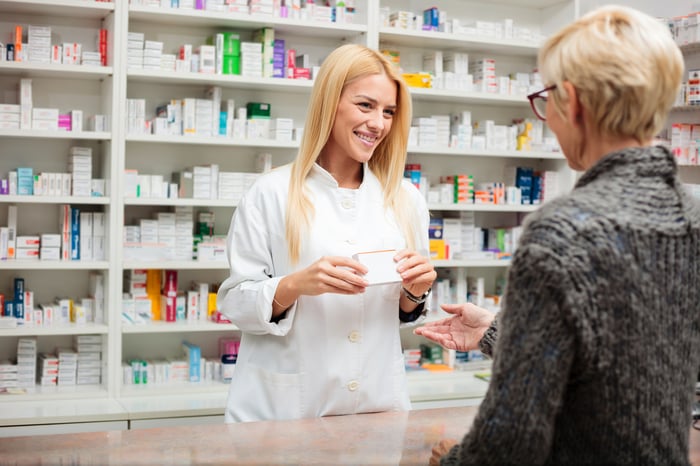 Walgreens endured a difficult 2019. The stock was down 13.7% last year, marking the fourth straight year of negative annual returns. It was the one of the worst performers among Dow Jones stocks. And it's beginning 2020 in much the same way, down almost 10% year to date through Jan. 23. In contrast, Walgreens' larger rival, CVS Health, was up 13.4% last year and is currently down less than 1% in 2020.

There are several reasons why Walgreens has struggled, particularly competition from Amazon.com and Walmart, lower prices for generic drugs, declining store traffic, and a steady decline in reimbursement rates.

Despite the rough quarter, CEO Stefano Pessina maintains a flat growth outlook for 2020. The company is undergoing a turnaround plan that starts with cutting expenses by $1.8 billion by 2022, including the closure of about 200 stores.

We are maintaining our outlook for the year despite a soft first quarter. We are confident our strategic plans are the right ones to drive long-term sustainable growth going forward. In addition, during the quarter we were very satisfied with the progress made in our Transformational Cost Management Program and with the strong cash flow we delivered.

Operating cash flow was $1.1 billion in the quarter, up $601 million year over year. Free cash flow -- net cash provided by operating activities minus capital expenditures -- was $674 million, up $684 million. This strong cash flow created by the cost management plan will fund several new initiatives designed to drive growth. One is a partnership with German healthcare company McKesson to create a joint venture for the European market. Walgreens also partnered with supermarket chain Kroger to form a group purchasing organization to save costs. The company also has a plan to co-locate Jenny Craig weight loss centers at various Walgreens stores and create VillageMD primary care clinics in some stores. It's part of an effort to give customers experiences and services they can't get online to drive more traffic.

While it seeks to increase offerings for in-store customers, Walgreens is also trying to emulate Amazon and other online retailers by boosting its delivery capabilities. The company is testing a drone delivery service, becoming the first retailer in the country to do so. Given that an estimated 7% of the population lives within five miles of a Walgreens, this would significantly speed up delivery times. It's still testing and may be a few years off, but it shows where they are headed.

So where will the company be in five years? It's probably safe to say that a Walgreens will still be there on the corner in your community like it has been for the past 119 years. But will it be good for investors? That's complicated. The first question is: Will it still be a public company? In November, Bloomberg reported that KKR, a private equity investor, had approached Walgreens about taking it private in a leveraged buyout deal. Then in December, The Wall Street Journal reported the deal fell through. Walgreens has not commented on any of the reports, but it's a potential development that investors should be aware of.

On the plus side, the stock price is near a six-year low and has a price-to-earnings ratio that's less than 14 times earnings. Also, it has a very low debt ratio. These factors make it a stock to consider. But given the uncertainties, investors may want to take and wait-and-see approach before jumping in. While investors may not see positive results this year, the cost-cutting measures and strategic initiatives put in place over the next few years should begin to bear fruit for investors inside five years.