Please ensure Javascript is enabled for purposes of website accessibility
Log In Help Join The Motley Fool
Free Article Join Over 1 Million Premium Members And Get More In-Depth Stock Guidance and Research
By Danny Vena - Jan 26, 2020 at 10:29AM

The streaming giant is changing how it calculates this metric to get a better result, hurting the company's credibility.

Netflix (NFLX 2.90%) reported the results of its 2019 fourth quarter after the market close on Tuesday, and the results were better than many expected -- particularly given the recent increase in competition.

Netflix reported revenue of $5.47 billion -- up 31% year over year --and diluted earnings per share of $1.30, up 333% compared to the prior-year quarter. The improved financial numbers were the result of robust subscriber growth, as global subscribers grew by 8.76 million, more than a million higher than Netflix forecast.

There were a number of other revelations, but one in particular stood out, and some Netflix watchers are crying foul. 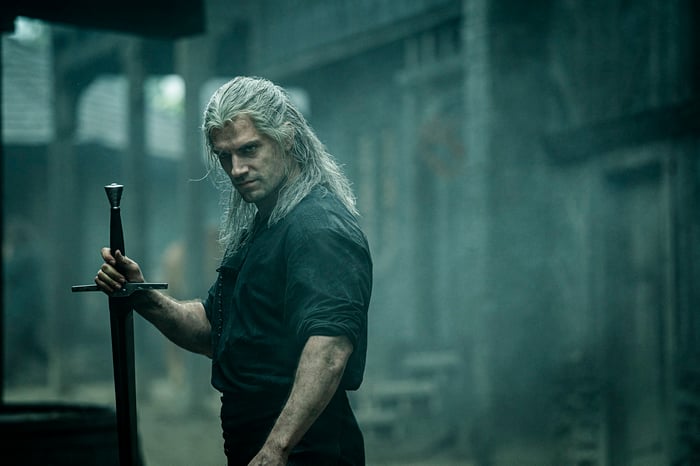 One of the more contentious topics regarding Netflix is the company's practice of withholding traditional viewer metrics. Over the past year, the streaming pioneer has been providing more viewer data than ever before, saying it wanted to provide greater transparency. In early 2019, Netflix revealed that it counted someone as a viewer if they watched 70% of an episode or film. The company has since released viewer metrics for a number of its popular movies and television series using the 70% standard.

But Netflix announced this week that it would employ very different criteria going forward. Citing a growing list of titles with "widely varying lengths," the company said it would now report "on households (accounts) that chose to watch a given title." In a footnote, the company defined that as "chose to watch or did watch for at least two minutes -- long enough to indicate the choice was intentional."

The company admitted that using this metric improved the statistics Netflix was supplying to investors. "The new metric is about 35% higher, on average, than the prior metric," Netflix executives said in the quarterly letter to shareholders. "For example, 45 [million] member households chose to watch Our Planet under the new metric vs. 33 [million] under the prior metric."

This move seems far less transparent. In fact, it appears Netflix is gaming the system in order to boost the ratings it reports to shareholders.

The company has been asked to provide insight into its viewer trends before, and has even touted its transparency to government regulators. In testimony before the House of Lords' Communications Committee, Netflix's VP of original series Anne Mensah said the company had begun sharing ratings data with its producers in the U.K.

Netflix justified the change, comparing it to metrics used by BBC iPlayer rankings, most popular articles in The New York Times (tallied by how many readers "opened" the article), or view counts used by YouTube, a division of Alphabet.

There have long been complaints that Netflix refused to use industry standard measures to disclose viewership of its programs, when it bothered to disclose them at all. But at least when the company was using the 70% standard, it provided some sense of how many viewers were actually watching the show.

Two of the examples Netflix gave -- The Witcher and 6 Underground -- were reportedly viewed by 76 million and 83 million member households, respectively, during their first four weeks of release on the platform -- metrics Netflix admits are 35% higher, on average, then the prior metric. Adjusting for the difference reveals that the programs were more likely "watched" by 56 million and 61 million, respectively. While those are still extremely respectable viewer metrics, they are far lower than the numbers the tech giant wants us to use now.