Please ensure Javascript is enabled for purposes of website accessibility
Log In Help Join The Motley Fool
Free Article Join Over 1 Million Premium Members And Get More In-Depth Stock Guidance and Research
By Keith Speights - Jan 26, 2020 at 11:07AM

There are some marijuana stocks that seem likely to fail. But not these two.

Short-sellers don't just think that a stock will go down. They think that at stock will decline so significantly that it's worth borrowing someone else's shares, selling the stock at the current price, and then buying the stock back at a much lower price before returning the shares to the lender.

In 2019, some short-sellers made a lot of money betting against marijuana stocks. Most pot stocks fell last year, with quite a few plunging in spectacular fashion. Many cannabis-related stocks still have a high percentage of outstanding shares sold short. But I think that short-sellers could be flat-out wrong about two of them. 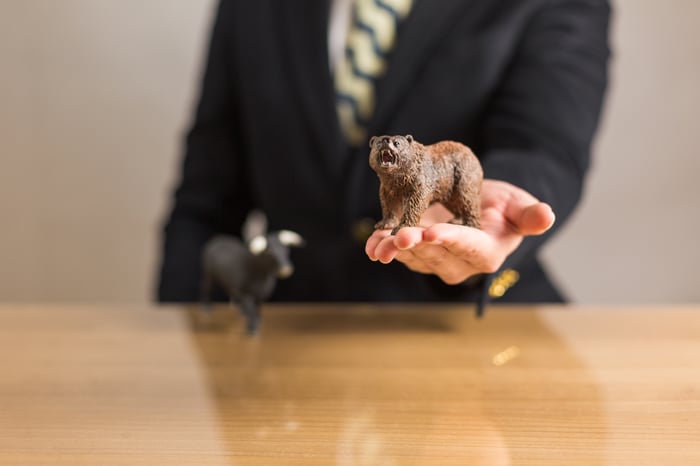 IIP is a real estate investment trust that focuses on medical cannabis properties. The company has been consistently profitable. It's growing rapidly, with revenue tripling year over year in the third quarter and net income more than quadrupling. The stock pays a dividend that yields 4.9%, a level that would make some investors drool.

GW Pharmaceuticals is the world's top cannabis-focused biotech. In 2018, the company won FDA approval for the first drug made from the cannabis plant, Epidiolex. The U.S. launch for Epidiolex has been impressive, with sales repeatedly blowing away analysts' estimates.

Why are short-sellers targeting these two stocks so heavily? With Innovative Industrial Properties, it could be that they think the stock is over-hyped after rising 67% in 2019 and more than 340% over the last three years. Short-sellers could expect that GW Pharmaceuticals' growth will taper off after the initial influx of Epidiolex sales in the U.S., with its shares falling in tandem.

Maybe the short-sellers will prove to be right about Innovative Industrial Properties and GW Pharmaceuticals. However, I think there's an even better chance they're completely off-base.

First of all, Innovative Industrial Properties shares have already fallen close to 40% from the highs set last summer. The stock now trades at 21 times expected earnings, which isn't an unreasonable valuation at all for a company that's growing as fast as IIP is.

More importantly, there's no reason to expect that IIP won't continue to deliver strong growth. All of the company's 47 properties are leased out for years to come. IIP has plenty of capital to invest in additional properties. The medical cannabis markets in several of the states where it operates are just cranking up. IIP is only in 15 states right now with lots of opportunities to expand into the 18 other states (and counting) that have legal medical cannabis markets.

As for GW Pharmaceuticals, the biotech is only in the early innings of launching Epidyolex in Europe (the brand is spelled slightly differently outside the United States.). GW expects to win FDA approval for the drug in treating another indication, tuberous sclerosis complex (TSC), later this year. TSC has roughly the same number of patients as Lennox-Gastaut syndrome, the more prevalent of the two rare forms of epilepsy for which Epidiolex is already approved.

Short-sellers are definitely going against the grain of what Wall Street analysts think about Innovative Industrial Properties and GW Pharmaceuticals. The consensus analysts' one-year price target for IIP reflects an upside potential of more than 65%. The consensus for GW is that the stock could soar close to 75% over the next 12 months.

Of course, Wall Street could be way too optimistic about the prospects for these two stocks. But there's a lot more reason to be optimistic about IIP and GW than there is to be pessimistic. If IIP or GW Pharmaceuticals has positive developments in 2020, which I expect will be the case, the stocks could soar as short-sellers rush to cover their positions. Betting against these stocks is a very risky move, in my view.