Hong Kong Disneyland joins Shanghai Disney in shutting down over the weekend in light of a respiratory virus that has claimed 80 lives -- and counting. It could be a long year for the media giant.

As the Wuhan coronavirus begins to spread across China -- with more than 2,700 confirmed cases and 80 deaths as of Sunday -- Disney (DIS -1.11%) is starting to feel the pinch. It shuttered the Shanghai Disney resort on Saturday, and Hong Kong Disneyland followed suit on Sunday. Both resorts are closed indefinitely.

Disney owns sizable but not majority stakes in both theme park resorts, so the downtime will ultimately eat into the fiscal second-quarter results when they are announced in early May. However, there are two questions that will ultimately dictate the financial hit that Disney faces: How long will the parks be closed? Will the deadly virus impact the rest of Disney's operations? No one knows the answer to either question, but the second one is at least worth discussing if you're an investor in the House of Mouse. 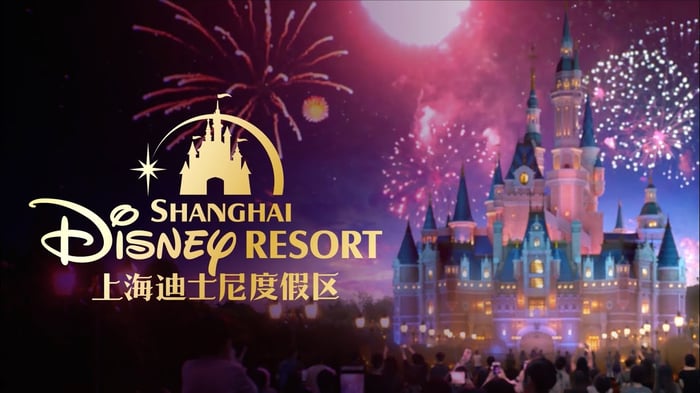 There are already five confirmed cases in the U.S., so it's more a matter of containment than wondering when the respiratory virus will spread outside of the world's most populous nation. The third confirmed stateside case is in Southern California's Orange County -- home to the original Disneyland resort -- but there are no indications that the theme park giant will be closing its stateside resorts anytime soon.

Disney will still take a hit at its domestic Disneyland and Disney World resorts, and that's insult upon injury in California, where Disneyland was already suffering from a dip in attendance. Travelers are going to be less interested in stamping their visas and passports when they know that a deadly coronavirus strain is now also a globe-trotter. Anything that makes folks hesitant to catch a contagious malady is going to keep them away from crowded theme parks and Disney Store-anchored shopping malls.

The silver lining for Disney is that it's never been better suited to take advantage of folks staying at home. The Disney+ service it launched two months ago has reportedly topped 20 million subscribers, and it will be the perfect form of in-home escapism. Folks may also be less tempted to cancel their cable and satellite television plans if they know that they will be spending more time at home, giving its fledgling media networks segment a near-term boost.

The net result will still be pain for Disney. Its theatrical releases will suffer at the local multiplexes. Its theme parks will experience a downturn in attendance. There is more to lose than gain here, of course.

Disney was already feeling the sting in China long before the coronavirus outbreak. Pro-democracy protests in Hong Kong in the latter half of last year cooled attendance levels at Hong Kong Disneyland, and China's slowing economy likely ate into the healthy growth momentum that Shanghai Disney was brandishing heading into last year. No one said that investing in China was easy. The two resorts are now closed, and with no timeline for eventually greeting guests again, the current quarter is going to be a challenging one for Disney. Containment is everything right now.