Please ensure Javascript is enabled for purposes of website accessibility
Log In Help Join The Motley Fool
Free Article Join Over 1 Million Premium Members And Get More In-Depth Stock Guidance and Research
By Beth McKenna - Jan 30, 2020 at 8:39AM

Facebook (META 5.10%) reported fourth-quarter and full-year 2019 results after the closing bell on Wednesday that disappointed the market.

Shares of the social-networking and tech behemoth plunged 7% in Wednesday's after-hours session, which doesn't bode well for the stock's performance on Thursday.

For the quarter, Facebook surpassed Wall Street's consensus estimates on both the top and bottom lines. However, the beats were notably smaller than usual, which was no doubt a big reason for the market's ire. Another major factor was likely soaring year-over-year total costs and expenses, which rose 34% in the quarter and 51% in full-year 2019. Investors are concerned that beefed-up costs and expenses are here to stay and will continue to eat into profits. These higher costs and expenses are being driven by the company's mandate by the U.S. Federal Trade Commission (FTC) to improve data security and user privacy. 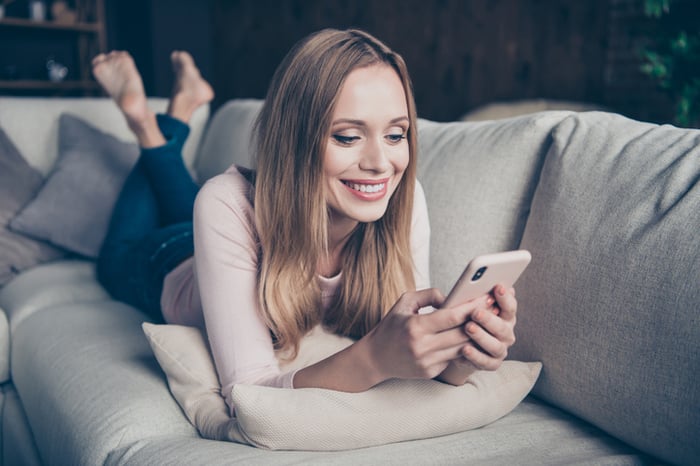 Wall Street was looking for EPS of $2.53 on revenue of $20.89 billion, so Facebook beat both expectations, though not by nearly as much as the Street is used to it doing.

Advertising revenue grew 25% year over year -- 26% in constant currency -- to $20.74 billion, and other revenue jumped 26% to $346 million. Other revenue growth is being driven by sales of Oculus Quest virtual-reality (VR) headsets.

The average price per ad decreased 5% year over year, CFO Dave Wehner said on the earnings call. This decline was primarily driven by the "ongoing mix shift toward ads on Stories and in geographies which monetize at lower rates," according to Wehner. However, growth in the number of ad impressions -- up 31% year over year -- continues to more than compensate for the falling average ad price.

Here's what Wehner had to say about the company's Q1 2020 revenue expectations:

We expect our year-over-year total reported revenue qrowth rate in Q1 to decelerate by a low-to-mid single-digit percentage point as compared to our Q4 growth rate. Factors driving this deceleration include the maturity of our business, as well as the increasing impact from global privacy regulation and other ad targeting related headwinds. While we have experienced some modest impact from these headwinds to date, the majority of the impact lies in front of us. [Emphasis mine.]

At least one of my colleagues is sure to argue that the market overreacted, but I think the market was right on the money with its initial (after-hours) reaction. This is a company that grew earnings just 7.6% year over year in the fourth quarter, and whose full-year costs and expenses increased 51% while its full-year revenue rose just 27% year over year. More important than past results, its stepped-up cost-and-expense profile is likely the new normal, at least for a couple years. Going into earnings, Facebook stock was priced at 35.7 times trailing earnings and 24.3 forward earnings. I'm with the market: It doesn't deserve those multiples.