Please ensure Javascript is enabled for purposes of website accessibility
Log In Help Join The Motley Fool
Free Article Join Over 1 Million Premium Members And Get More In-Depth Stock Guidance and Research
By John Ballard - Jan 30, 2020 at 11:25AM

The game maker hooks up with the search giant.

Here are three immediate benefits this deal provides for the Overwatch maker. 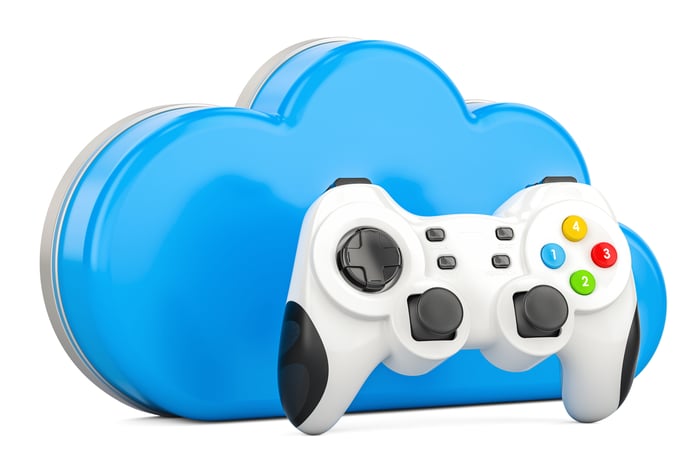 At first glance, the switch to YouTube doesn't look like an upgrade for Blizzard. For the past two years, Amazon's (AMZN -2.43%) Twitch, which is regarded as the most popular video game streaming site, has been the exclusive streaming partner for Activision's esports leagues.

While Twitch still dominates, its growth is slowing, as YouTube, Microsoft's Mixer, and Facebook Gaming poach some of the biggest streaming personalities from Twitch.

YouTube may not look like an upgrade, but with Google's technology, brand, and marketing know-how, it could be a smart move in the long run.

One of the issues that hurts the playing experience that may improve with Google Cloud is online disconnections. It's all too common that a player is in the middle of an intense team battle in Overwatch, but that player suddenly loses connection, and gets dropped out of the game. It's frustrating for the player, and the team is let down since they must try to win while short one player in a six-versus-six team match.

Finding a cloud solution that could "deliver superior, low-latency player experiences" is one of the reasons why Activision chose Google Cloud. "Players will benefit by experiencing premium network quality-of-service, including low latency and packet loss when playing high-fidelity games on any device," as the company explained in a statement.

3. Cashing in on broadcasting rights

The value of the YouTube deal was not disclosed, but it's a good bet that it was worth a lot more than $90 million based on the growth of Overwatch League since its first season, as well as the addition of Call of Duty League, which launched its inaugural season on Jan. 24.

There are a few indicators that Activision's Overwatch League has increased in value over the last two years. The second season of Overwatch League saw some major brands, including Coca-Cola and Anheuser-Busch Inbev, join as sponsors. Also, Blizzard reported that viewership for season two increased by a third over the inaugural season in 2018.

Moreover, Blizzard sold the initial 12 teams of Overwatch League in 2018 for $240 million, or $20 million per team, according to ESPN. It was reported that the sale price went up to $30 million-$60 million for each of the eight new expansion teams introduced for season two.

It's apparent that the value of Overwatch League has substantially increased in the eyes of team owners, advertisers, and broadcast partners over the last two years, which likely sweetened the deal with YouTube.

Other benefits could emerge over time

Getting cozy with one of the top tech giants like Google is obviously a plus for Activision Blizzard. While the recent deal may not move the needle much in the short term for this growth stock, Activision Blizzard now has a valuable partner with the leader in online search and advertising, which could help Activision market its gaming franchises and esports leagues to a wider audience over the long term.

All said, there could be further benefits over time with this relationship that are not completely clear right now.