Please ensure Javascript is enabled for purposes of website accessibility
Log In Help Join The Motley Fool
Free Article Join Over 1 Million Premium Members And Get More In-Depth Stock Guidance and Research
By Beth McKenna - Jan 31, 2020 at 8:30AM

Amazon.com (AMZN 3.58%) reported fourth-quarter and full-year 2019 results after the market closed on Thursday.

Shares surged 9.8% during Thursday's after-hours trading session. We can attribute the market's delight to the company beating Wall Street's consensus estimates on both the top and bottom lines, along with there being no negative surprises in the first-quarter 2020 guidance. The fourth-quarter results broke the tech titan's two-quarter string of missing analysts' earnings expectation.

Here's an overview of Amazon's quarter, along with its guidance for the first quarter of 2020, using six metrics. 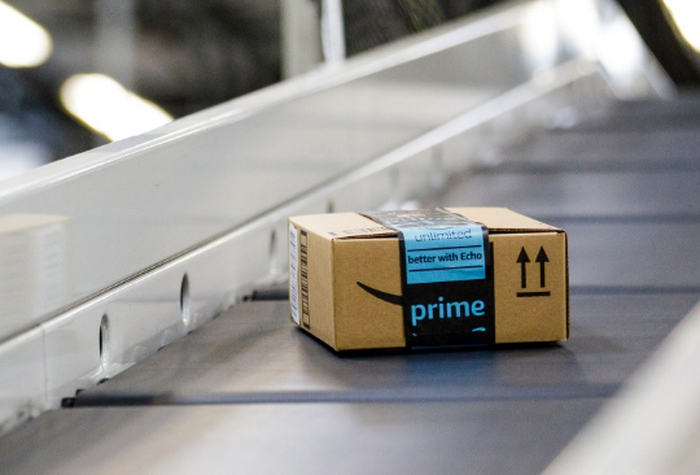 The revenue growth rate represents an deceleration from 24% in the third quarter (25% in constant currency), but an acceleration from 20% in the second quarter (21% in constant currency) and 17% in the first quarter. Growth over the past three quarters has been getting a boost from the company's upgrading of Amazon Prime's core free delivery benefit from two days to one day.

For context, in the third quarter, revenue in the North America, international, and AWS segments grew 24%, 18%, and 35%, respectively, year over year. So, revenue growth slowed down in all three segments, with the most pronounced deceleration in international.

Operating income for the fourth quarter increased 3% year over year to $3.9 billion, which sailed by Amazon's guidance of $1.2 billion to $2.9 billion. Last quarter, this metric decreased 15%.

North America's operating income decline continues to be driven by the expense of transitioning the core Prime free delivery benefit from two days to one. The good news here is the decline was much less steep than the third quarter's 37%.

Cloud computing service AWS's 19% year over year operating income growth likely relieved many investors, as this result was just 9% in the third quarter, which was a big deceleration from the second quarter's 21% growth.

Here's part of what CEO Jeff Bezos said in the earnings release:

Prime membership continues to get better for customers year after year. And customers are responding -- more people joined Prime this quarter than ever before, and we now have over 150 million paid Prime members around the world. We've made Prime delivery faster -- the number of items delivered to U.S. customers with Prime's free one-day and same-day delivery more than quadrupled this quarter compared to last year.

For the first quarter of 2020, Amazon guided for net sales between $69 billion and $73 billion, representing growth of 16% to 22% year over year. Wall Street had been modeling for $71.6 billion, which is at the mid- to high end of Amazon's guidance.

The company expects operating income between $3 billion and $4.2 billion, representing a reduction of 32% to 5% from the year-ago period's $4.4 billion result. The company said that this outlook "includes approximately $800 million lower depreciation expense due to an increase in the estimated useful life of our servers beginning on January 1, 2020." The Street doesn't provide operating income estimates, but for some context, it had been projecting EPS would drop 13.4% in the first quarter.

Amazon turned in a particularly good quarter, given that it's still incurring considerable expenses upgrading its standard Prime free delivery benefit from two days to one.