Regulators said it's impossible to evaluate the drug with so many clinical trial alterations.

Bristol-Myers Squibb (BMY -1.38%) announced on Friday afternoon that it has withdrawn its European application for the company's Opdivo/Yervoy lung cancer drug combo. The company had hoped that it could win approval in Europe to treat non-small-cell lung cancer as an initial, first-line treatment for patients. However, European regulators decided that they can't do a proper assessment due to the multiple changes in the design of the drug combo's clinical trial.

The pharmaceutical giant first filed an application back in 2018, counting on strong results from its phase 3 clinical trial to win the drug combo's approval in Europe. However, the Committee for Medicinal Products for Human Use (CHMP) said that it's impossible to effectively assess the clinical data thanks to "multiple protocol changes" Bristol-Myers has made throughout the trial's history. 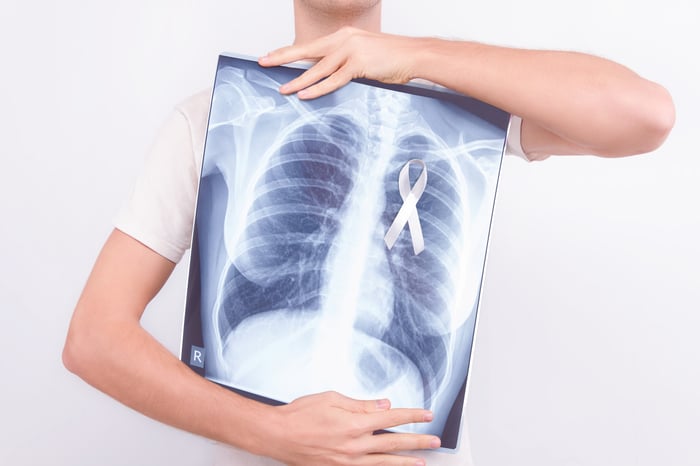 Bristol-Myers has no intention of refiling the application anytime soon. Another separate application regarding the drug combo is still undergoing a priority review with the U.S Food and Drug Administration (FDA). A decision is expected to be made by May 15.

Opdivo remains one of Bristol-Myers' best-selling drugs; total sales for 2019 are expected to reach $7 billion. However, competition from other cancer drugs, such as Merck's Keytruda, has been steadily siphoning away market share from Opdivo and represents a long-term threat to Opdivo's revenue stream. Keytruda has already won approval as a first-line treatment in patients with non-small-cell lung cancer in both the U.S. and Europe.