Please ensure Javascript is enabled for purposes of website accessibility
Log In Help Join The Motley Fool
Free Article Join Over 1 Million Premium Members And Get More In-Depth Stock Guidance and Research
By Rich Smith - Updated Jan 31, 2020 at 11:08AM

Two executives are removed, and shares get knocked out.

In a startling development, World Wrestling Entertainment (WWE 2.00%) announced last night that its co-presidents George Barrios and Michelle Wilson have been ousted from their posts effective immediately, sending WWE stock down 18.6% as of 10:30 a.m. EST on Friday.

World Wrestling Entertainment isn't being left entirely leaderless. In its press release on the executive departures, WWE noted that CEO Vince McMahon remains at his post, while board member Frank A. Riddick III has been named interim chief financial officer. The company wants to hire a permanent CFO and a chief revenue officer as well.

Management was also quick to reassure investors that it is still well positioned to continue its growth and operate effectively, and expects to generate adjusted operating income before depreciation and amortization (OIBDA) of $180 million this year. 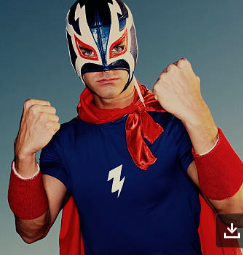 That being said, adjusted OIBDA is an extremely pro forma number bearing little relation to earnings, as companies usually calculate them according to generally accepted accounting principles (GAAP).

Notably, World Wrestling Entertainment made no promises about earning actual net profits as calculated under GAAP, nor did it give any assurance that it is on track to meet analyst expectations for either revenue ($973.4 million) or earnings ($0.83 per share) this year -- or next year ($1.23 billion and $2.47, respectively), for that matter.

Lacking such assurances, and seeing executives depart, investors are making the logical deductions and following them out the door.