Trouble sleeping is common among sufferers of Alzheimer's disease.

Merck (MRK -1.26%) received approval from the U.S. Food and Drug Administration to market its insomnia drug Belsomra (suvorexant) for treating sleep disruption in patients with mild-to-moderate Alzheimer's disease. Belsomra was approved by the FDA for the general population in 2014, but Monday's decision allows Merck to include information on the drug's effectiveness in Alzheimer's patients in its prescribing information.

Last May, Merck reported the results of a phase 3 clinical trial of Belsomra in 285 Alzheimer's patients, announcing that the study had met its primary efficacy endpoint. After four weeks of treatment, total sleep time in the Belsoma group increased 73.4 minutes compared with 45.2 minutes in the placebo group. The most common adverse effect was drowsiness the next day. 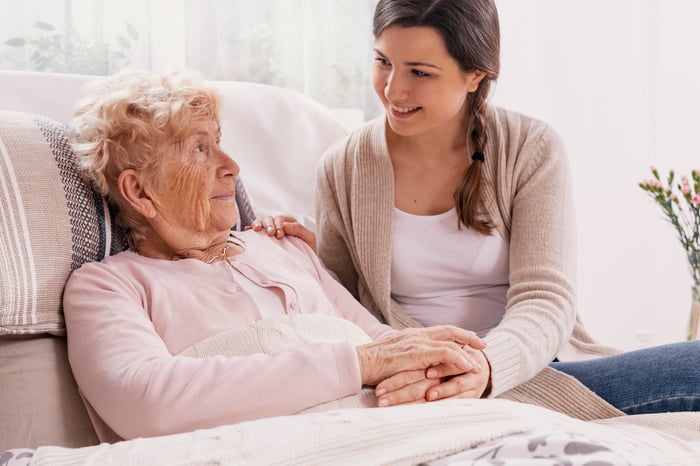 Disruption of sleep-wake patterns and difficulty sleeping is common among Alzheimer's patients, affecting about 40% of the population, and there's emerging evidence that poor sleep may contribute to the development of the disease and impairment of memory function.

Physicians use caution in prescribing the most popular sleep drugs such as Sanofi's Ambien to Alzheimer's patients because they may contribute to confusion and falls. Belsomra is the first drug to use a different mechanism that operates on the specific part of the brain that helps keep a person awake.

Sales of Belsomra by the pharmaceutical giant in 2018 were $260 million, up 24% from the year before.