A confluence of worries over genetic privacy and fear of an economic downturn have investors worried over Illumina's prospects.

The move has knocked the stock down from the $300 mark, and it's still around 23% down from its peak of $378 back in July 2019, but investors should note that the stock has actually rallied hard since the start of 2017 and has more than doubled since then, and I believe Illumina still qualifies as one of the better biotech stocks to own. 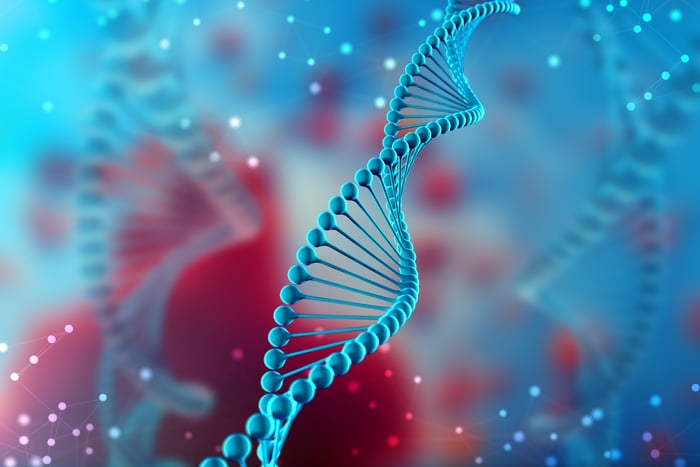 Sales have been falling for DNA testing kits amid concerns over the privacy of genetic data and the fear of it falling into the wrong hands. For its Q3 2019 earnings, Illumina had already flagged this, as declines in revenue were seen in microarray consumables (down 10% year over year) and microarray services (down 32% year over year). Both declines reflected lower-than-expected direct-to-consumer (DTC) volumes.

Investors should note that such DTC testing kits are mainly for the analysis of a select bunch of genes that have been identified as posing health risks. Therefore, the tests can be said to be one-offs, making the current $100 price tag seem somewhat steep. With fears of an impending economic downturn looming due to the U.S.-China trade wars and now the outbreak of the novel coronavirus, consumers may feel hesitant to open their wallets to purchase what may be viewed as an unnecessary expense.

In late January, DNA testing company 23andMe announced that it was laying off around 100 employees, or 14% of its total workforce, as sales continued to slump for its DNA testing kits. 23andMe is one of Illumina's customers, and the layoff seemed to send an icy chill down the spine of an industry that previously saw healthy and growing sales.

In Illumina's recent fourth-quarter and full-year 2019 earnings release, microarray services revenue for the fourth quarter continued to show a steep decline of 32% year over year as a result of lower demand from a DTC customer. Full-year 2020 guidance is for arrays revenue to be down 15% year over year, reflecting continued and persistent weakness in DTC.

Investors need to continue to monitor developments in the DTC DNA testing kit segment to assess if it will continue to cause issues for Illumina.