Approved labs across the country can now test patients for the condition.

The U.S. Food and Drug Administration (FDA) released a press release Tuesday afternoon in which it approved the emergency use of a coronavirus test.

Developed by the Centers for Disease Control and Prevention (CDC), the 2019-nCoV Real-Time RT-PCR diagnostic panel is a test that has been limited only to CDC laboratories. However, this authorization from the FDA will allow any lab in the country that's CDC-qualified to test for the coronavirus themselves.

Although the threat of an epidemic in the U.S. remains low according to the FDA, it was still declared a public health emergency by the Trump administration last week.

While the CDC test, which requires either a nasal or oral swab from a patient, is capable of detecting the coronavirus, it's not 100% foolproof. The FDA warns that negative results don't necessarily preclude an infection, and that the test should be used as a tool alongside direct patient observation. 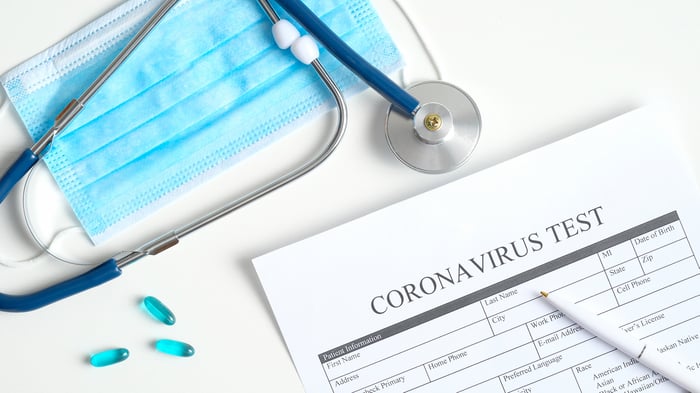 At the moment, there are 11 identified cases of coronavirus in the United States. Approximately 23,892 patients have been diagnosed worldwide, with there being 492 deaths so far.

A race to find a treatment

Companies are working around the clock to develop and test a potential treatment for the coronavirus. Gilead (GILD -0.40%) announced yesterday that a patient who was given remdesivir (the company's Ebola drug) saw their symptoms almost disappear. Trials in China are expected to begin as early as next week.

Smaller specialty vaccine developers are working on a potential treatment as well. Inovio Pharmaceuticals and Moderna are two companies competing with not just the likes of Gilead, but also against other healthcare giants such as Johnson & Johnson and AbbVie.