Please ensure Javascript is enabled for purposes of website accessibility
Log In Help Join The Motley Fool
Free Article Join Over 1 Million Premium Members And Get More In-Depth Stock Guidance and Research
By Billy Duberstein – Feb 4, 2020 at 6:30AM

Alphabet finally broke out its cloud segment revenues. Here’s why it may have underwhelmed investors despite blistering growth.

Search leader Alphabet (GOOG 3.24%) (GOOGL 3.09%) reported fourth-quarter earnings on Feb. 3, and the market sold off shares about 4.6% in after-hours trading. Overall, the company beat analysts' earnings expectations, though fourth-quarter revenue of $46.1 billion came up a bit short of analysts' estimates of around $46.8 billion.

Of note, Alphabet finally decided to give investors more granular information on its various operating segments, separating YouTube advertising from its core search revenue, and separating out Google Cloud from its "Google other" segment, where it had previously been lumped in with hardware, app store, and other revenues.

While Alphabet reported strong growth in both segments, here's why the cloud figures specifically may have disappointed investors. 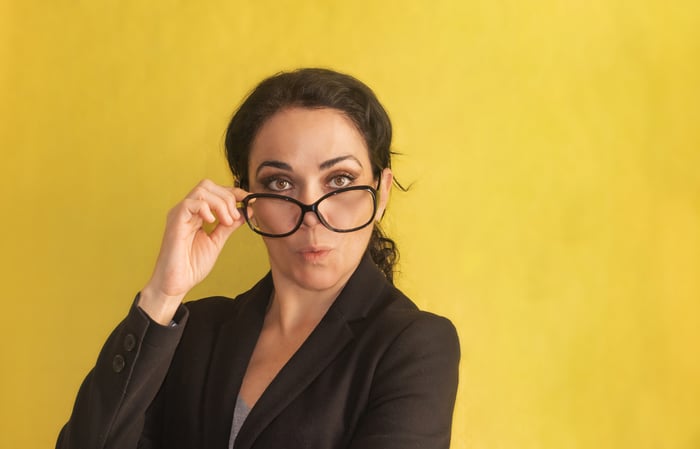 Google came into 2020 in a distant third place in the cloud computing race, behind leader Amazon (AMZN 4.64%) Web Services and strong second-place contender Microsoft (MSFT 3.34%) Azure. Amazon invented the category of cloud computing, and Microsoft quickly pivoted to the cloud under CEO Satya Nadella, using its deep enterprise relationships to forge a formidable No. 2 offering.

Very few companies have the financial resources to compete in the cloud space, but Alphabet is one of them, and has been investing heavily to catch up to the leaders, hiring Thomas Kurian from Oracle (ORCL 4.15%) in 2018 to head the unit. On last night's conference call, management said it hopes to triple its experienced cloud sales force over the next three years.

Breaking out cloud for the first time, Alphabet reported revenue of $2.6 billion, or over a $10 billion run rate, with a growth rate of 53%.  Growth of 53% is extremely strong for any business, let alone one earning over $10 billion in revenue, so why might investors have been underwhelmed?

The truth is that there isn't anything wrong with Google's cloud revenue growth, unless you compare it to its main competitors:

Microsoft doesn't disclose its exact Azure cloud revenue run rate, but it's widely acknowledged that it has a clear No. 2 position in the industry. According to ZDnet, most analyst estimates put Azure's current quarterly revenue around $4 billion, about a third of Microsoft's overall $11.9 billion intelligent cloud segment. Microsoft does, however, disclose the Azure growth rate, which accelerated from 59% in the prior quarter to 62% in the December quarter.

That's still above Google's growth rate, and that's despite the fact that Google Cloud is growing off a smaller base. Hence, the possible disappointment.

And while Amazon's growth rate is below those of both Microsoft and Google, it's still far and away the leader, with more cloud revenue than both Microsoft and Google combined. As such, the law of large numbers dictates that it probably won't grow as fast as the two smaller challengers. Investors should also consider that Amazon added more than $2.5 billion in revenue year over year to its fourth-quarter results, which is practically as big as the entire Google Cloud segment itself.

Thus, it was a bit disappointing to see Google's cloud segment growing at a slower pace than Microsoft's. Nevertheless, CEO Sundar Pichai said that the enterprise-oriented Google Cloud Platform grew faster than the overall cloud category, which also includes things like G Suite software for small and medium-sized businesses. In addition, Pichai noted that large deals of $50 million or greater "more than doubled" year over year. Therefore, it's possible Google's enterprise infrastructure offerings are growing faster than the overall cloud category, which is made up of infrastructure, platform, and software-as-a-service. That could mean the overall Google Cloud Platform is performing better against competitors than it may look.

So while Google's cloud results may have disappointed some, they weren't terrible by any means. The cloud race is shaping up to be a decades-long race between these three large providers, and one quarter's specific numbers probably won't matter in the long run. All three cloud giants, Alphabet included, are still worth holding through the 2020s and beyond, as a rising cloud tide appears to be lifting all boats.