Please ensure Javascript is enabled for purposes of website accessibility
Log In Help Join The Motley Fool
Free Article Join Over 1 Million Premium Members And Get More In-Depth Stock Guidance and Research
By Taylor Carmichael - Updated Feb 4, 2020 at 8:00AM

The Singapore internet giant might be entering the banking business.

Shares of Sea Limited (SE 0.70%) ran up over 12% in January, according to data provided by S&P Global Market Intelligence. This outperformance is nothing new: The stock has tripled in value over the last year.

Sea is a dominant internet portal across much of Asia. The company started as a gaming portal (its battle game Free Fire is one of the top mobile games in the world). Then Sea expanded into internet commerce, creating websites in multiple countries where third-party sellers could offer goods. And then it expanded yet again, offering payments and money transfer capabilities to its customer base.

In January, the company applied for a digital banking license in Singapore. If the license is granted, this will open up yet another massive market, one estimated to reach $110 billion by 2025. 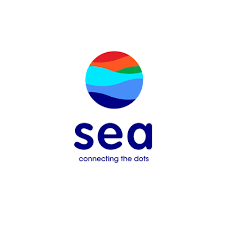 We won't know for several months if Singapore will grant Sea the digital banking license. At least 21 companies are seeking such licenses, and the government has plans to approve as many as five. The digital banks must have at least $1.5 billion in capital and be controlled by Singaporeans. These banks will be allowed to take deposits and make loans.

Sea, the first applicant for a digital banking license in Singapore, is considered a leading candidate because it's running Shopee, one of the largest e-tailer websites in Southeast Asia. And Sea is already engaging in financial transfers with its SeaMoney arm. With its hugely profitable gaming division, Garena, Sea already has a powerful and trusted brand with millennials across the region.

CEO Forrest Li said, "Digital innovation is in Sea's DNA, and as Southeast Asia's leading consumer internet company born and bred in Singapore, we believe we are ideally suited to lead the country's next wave of innovation in financial services."