Please ensure Javascript is enabled for purposes of website accessibility
Log In Help Join The Motley Fool
Free Article Join Over 1 Million Premium Members And Get More In-Depth Stock Guidance and Research
By Danny Vena - Feb 4, 2020 at 10:41AM

With the trade war in the rearview mirror, can the robotic vacuum specialist turn things around?

The past year has been mostly downhill for iRobot (IRBT -0.27%). The trade war between the U.S. and China and the resulting tariffs made for a challenging market. While a 10% levy was already in place from the prior year, it increased to 25% in early 2019, leaving iRobot between a rock and a hard place.

The company lowered prices on its most popular models to pre-tariff levels in advance of the important holiday season, but took a hit to the bottom line, lowering its guidance for the full year. The stock has since fallen to its lowest level since mid-2016.

The U.S. and China signed a preliminary trade agreement in January, but that was too late to help iRobot's 2019 performance. The company is scheduled to release its fourth-quarter financial results after the market close on Wednesday, Feb. 5. Let's recap recent events and see what's in store for iRobot. 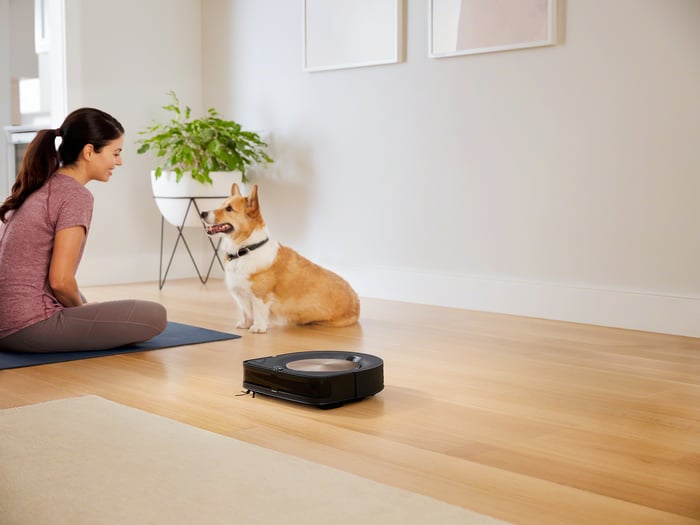 It's important to note that iRobot reported better-than-expected results in the third quarter, though investors saw the glass as half empty. Revenue grew 9% year over year to $289 million, $29 million higher than expectations. U.S. revenue declined by 7%, but international results soared 25% compared with the prior-year quarter.

Profits also outpaced analysts' consensus estimate, with earnings per share of $1.24, more than double expectations of $0.52.

While the company had initially raised prices in the U.S. to incorporate the tariff, consumers scoffed at the higher cost and sales suffered. iRobot then rolled back prices to pre-tariff levels in advance of the holiday selling season, but notified investors that the price for the move would be high.

During the Q3 report, CFO Alison Dean said the company now expected the full-year cost from tariffs to be in a range of $35 million to $40 million, assuming they remained at current levels -- which they likely did through the end of the year.

To reduce the likelihood of this situation recurring, iRobot announced that it was working to move a portion of its manufacturing out of China. To that end, the company announced in mid-November the opening of a factory in Malaysia, part of its strategic supply-chain diversification initiative. The production line was completed and certified ahead of schedule.

iRobot intended to initially produce one of its lower-price robotic vacuum cleaners, and add models to the production queue as necessary.

An easier road ahead?

iRobot updated its full-year forecast as the result of the tariffs, and now expects revenue in a range of $1.20 billion to $1.21 billion, which would represent growth between 10% and 11%. The levies are expected the have the greatest impact on the bottom line, and iRobot is now guiding for full-year EPS between $2.60 and $2.80, narrowed from its prior range of $2.40 to $3.15.

The company doesn't provide quarterly guidance, but analysts' consensus estimates are calling for revenue of $451.51 million, an increase of 17% year over year, and EPS of $0.40, less than half the $0.81 it earned during the prior-year quarter.

With the tariffs behind them, iRobot may have an easier road ahead. The stock is down about 46% over the past year, so there's a lot of skepticism baked in, and its price-to-earnings ratio currently sits at 15 -- its lowest level in more than five years. If the tech company's quarterly performance is better than expected, it could erase some of the pessimism that has dominated over the past year, and that could be enough to send iRobot stock soaring.