It's been six years since American Eagle's (AEO -6.34%) Aerie division began its AerieREAL campaign featuring real women and un-retouched photographs. The company's message around empowerment and inclusivity boosted AEO's business, and the segment continues to be a growth driver for the company. Competitors like L Brands' Victoria's Secret have since introduced more down-to-earth marketing, but American Eagle continues to be a leader and attract popular celebrities as role models. This modern marketing message continues to resonate with customers, strengthening the Aerie and American Eagle brand and boosting sales. 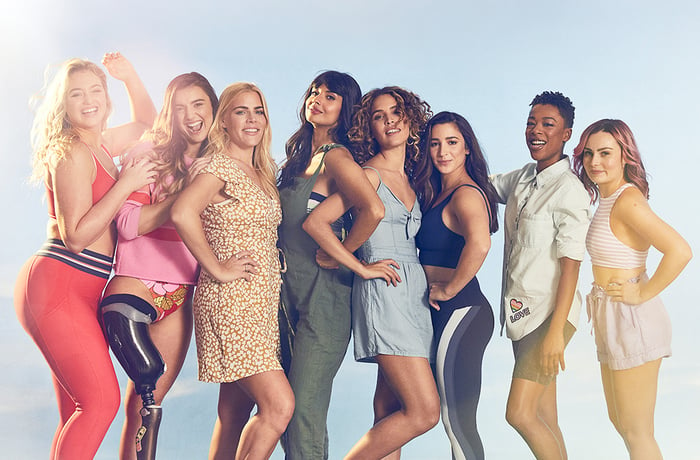 Aerie's Role Models are collaborators and faces of its brand. Because of the company's success and authenticity with its campaigns, Aerie attracts well-known celebrities, who have options to work with high-end luxury brands. Many of them are also highly active and influential on social media. Aerie role models Iskra Lawrence, Yara Shahidi, Aly Raisman, and Rachel Platten collectively have about 9 million followers on Instagram.

While Aerie's campaigns championing body positivity and female empowerment are popular with teens, the company's branding strategy is relying on in-depth studies to back its marketing concept up. The company conducts many focus groups with young people and digs into feedback from customers. Gen-Zers' (people between ages 3 and 23) preferences have been a focus of Aerie's for years.

The marketing and branding strategy is working well, as American Eagle, the parent company of Aerie, was ranked the second top clothing brand among teens in Piper Jaffray's fall 2019 Taking Stock with Teens survey.

American Eagle is succeeding with Aerie, as the division announced its 28th consecutive quarter of double-digit sales growth on its latest earnings report (third quarter ending November 2). The division has bucked the declining foot traffic and increased promotions that have affected other specialty retailers.

While competing Victoria's Secret has been closing stores and recently announced it would be cancelling its annual fashion show, Aerie is opening new stores and improving its branding. There are 60 Aerie store openings planned for fiscal 2019 (ending January 2020). There were 109 Aerie stand-alone stores as of February 2018. Now there are 142 Aerie stand-alone stores as of November 2019, a 30% increase.

The intimate apparel market in the U.S. is valued at $7 billion, said to increase to $11 billion by 2025. Aerie still has a relatively small piece of this pie, with room to grow and take market share from competitors like Victoria's Secret. Aerie also sells loungewear, casual wear, and activewear -- all expanding segments, as consumers increasingly embrace the athleisure trend.

It doesn't look like Aerie's momentum is slowing any time soon, as its strong image built around inclusivity and empowerment looks to be a long-term trend for consumers.