The first all-electric Jeep vehicle isn't a Wrangler or Rubicon, but a bicycle. Looking for a piece of the action in the surging electric bicycle market, Fiat Chrysler Automobiles (NYSE:FCAU) briefly pictured its new Jeep e-bike in its "Groundhog Day" ad during Super Bowl LIV on Sunday (with a helmet-wearing groundhog perched in its handlebar cargo basket). The e-bike will be available for purchase by June. Already lined up with an experienced partner to handle the e-bike's design and perhaps some part of its production, the company is poised to enter a promising growth market, but also one where there's plenty of competition.

Jeep intends to make its e-bike in partnership with QuietKat. Based in the heart of a major mountain biking region in Colorado, QuietKat already manufactures close to a dozen models of electric mountain bicycles, giving them both market presence and experience in producing off-road capable e-bikes. The Jeep-branded e-bike will feature a 750-watt motor with a 40-mile range between charges, while 4.8-inchwide all-terrain tires will provide trail and cross-country mobility.

And there's a possibility Jeep has a high-powered surprise up its sleeve. According to electric vehicle news site Electrek, QuietKat's images actually show the Jeep bike equipped with a 1,600-watt M620 Bafang Ultra motor, capable of developing close to 120 foot-pounds of torque. 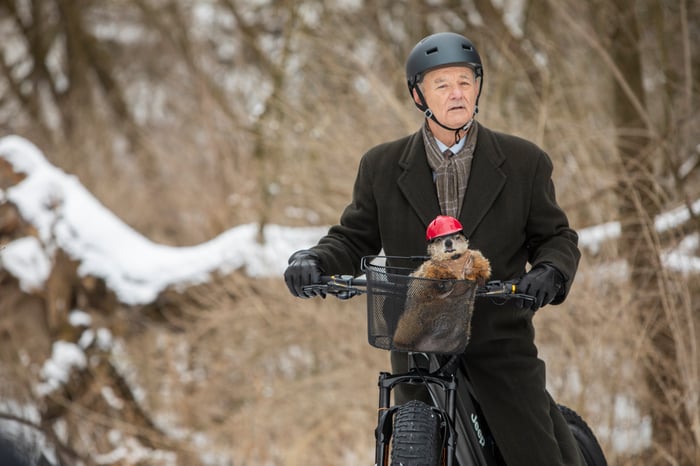 Such power might seem like a major Jeep e-bike selling point, given torque's importance for handling rough terrain or steep slopes. However, it also opens a potential regulatory can of worms,  because 750 watts is the legal ceiling for e-bike motor power, above which the bicycle gets classified as a motorcycle in the United States. This classification brings licensing requirements and restriction from many bicycle-only trails. At this time, it's impossible to know what Jeep will decide on for the e-bike's power.

The potential of electric bikes

Electric bicycles are a fast-growing market sector with plenty of room remaining to expand. According to Deloitte Insights analysts, e-bikes are rapidly outstripping electric cars in popularity. Projections forecast a $20 billion e-bike market over the four years from 2020 through 2023, with global sales reaching 40 million bicycles per year, or more than triple the number of electric car purchases during the same period.

According to Bike Europe, e-bikes showed a tremendous demand surge in Europe over the past several years. Germany showed 36% year-over-year growth in e-bike sales in 2018. Electric bicycles had already achieved almost 25% market share in Germany and 40% in the Netherlands by last year.

A key figure is the projected growth in sales of e-bikes powered by lithium-ion batteries -- the type QuietKat uses in all its bikes and which therefore will likely feature in the Jeep e-Bike. From around a quarter of electric bicycles sold in 2020, lithium-ion-powered bikes, offering greater efficiency and lightweight batteries, are on course to reach over half of all e-bikes sold three years from now.

E-bikes are even catching on in the U.S., a market stubbornly resistant to full-size electric vehicles compared to Europe or China, with 400,000 electric bicycles sold in 2019 for a 73% jump year over year from 2018. The bikesharing program in Madison, Wisconsin, switched over entirely from standard bicycles to e-bikes in 2019.

Jeep is well-positioned to profit

With skyrocketing growth of electric bicycle use worldwide, Fiat Chrysler appears to be in the right place at the right time. The Jeep nameplate on an off-road e-bike will likely garner far more notice from the buying public than QuietKat branding, even if the bicycle is mostly designed and manufactured by QuietKat. Launching with a lithium-ion-powered mountain bike meshes perfectly with the burgeoning popularity of this lighter energy source.

Jeep's seasonal timing for opening Jeep e-bike sales also looks impeccable. A June release means the electric bicycle arrives just in time for the vacation season, when millions of Americans will be answering the call of the great outdoors and seeking the country's refreshing trail vistas. Much easier to bring to market than a more complex vehicle, an electric bicycle is an interesting "ice-breaker" for Chrysler's bigger plans for hybrid or electric Jeeps in the near future.

Chrysler's combined fourth-quarter and full-year 2019 sales report, released on Jan. 3, shows a 5% year-over-year drop in sales volume for the Jeep brand as a whole. Introduction of the Jeep Gladiator pickup reduced the net loss with 40,047 units purchased. Without the new Gladiator, year-over-year decline would have been nearly 9.3%. While this seeming slump is partly or mostly an artifact of the record-breaking high in Jeep sales in 2018, Jeep e-bike sales seem likely to contribute to the brand's recovery in 2020. Those investing in car stocks should probably view the release of the Jeep e-bike as both a potential boost to share value and a harbinger of more electric vehicle successes to come.