Please ensure Javascript is enabled for purposes of website accessibility
Log In Help Join The Motley Fool
Free Article Join Over 1 Million Premium Members And Get More In-Depth Stock Guidance and Research
By Keith Speights – Updated Feb 5, 2020 at 8:57AM

The healthcare technology provider beat Wall Street earnings estimates for only the second time in the past five quarters.

Cerner (CERN) wowed investors in 2019 by racking up a 40% gain in share price. So far this year, though, there hasn't been much excitement from the big health information technology provider.

But Cerner gave investors something to like when it announced its fourth-quarter results after the market closed on Tuesday. Here are the highlights of the company's Q4 update. 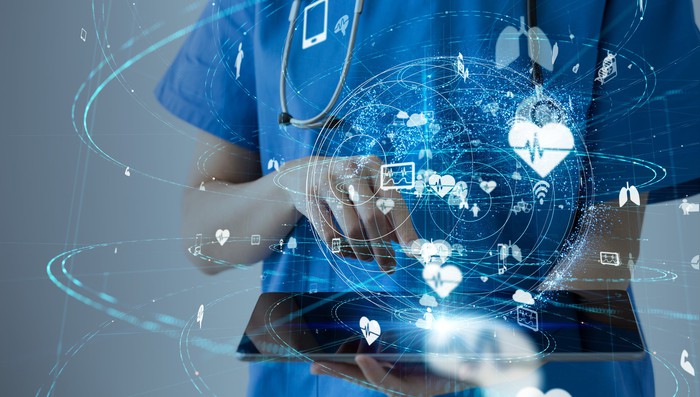 Cerner announced Q4 revenue of $1.44 billion, a 6% increase from the $1.37 billion reported in the same quarter of the previous year. This matched the average analyst Q4 revenue estimate.

CEO Brent Shafer said, "I am pleased with our strong finish to the year, with all of our key operating metrics at or above our expectations in the fourth quarter." Shafer had a good reason to like what he saw in Q4, since Cerner delivered solid revenue growth in nearly every category and topped Wall Street's earnings estimate for only the second time in the last five quarters.

Cerner makes 35% of its total revenue from professional services. That revenue jumped 9% year over year to $509.3 million. All other revenue sources for the company also delivered year-over-year growth except for support and maintenance and reimbursed travel.

The company's bottom-line improvement in Q4 was largely through revenue growth. It also helped that Cerner's operating expenses rose by only 1.8% year over year. In addition, the company paid around $3 million less in taxes in the fourth quarter of 2019 than it did in the prior-year period.

Cerner reported bookings in the fourth quarter of $1.665 billion, above its expectations. Its total backlog at the end of 2019 was $13.71 billion.

The 2020 presidential election could be pivotal for how healthcare stocks perform this year. Cerner's customers could be affected by various proposals from the candidates, and anything that impacts its customers would likely impact Cerner as well.