Netflix (NFLX -2.24%) reported slowing net subscriber growth in its fourth quarter of 2019 and offered up disappointing guidance for its first quarter of 2020, but you wouldn't know it from the stock's performance. Year-to-date shares are up about 13.5%, after underperforming the broader market in 2019. The stock was under pressure for most of last year as investors worried about the increased competition coming online and what it could do to Netflix's growth prospects.

The recent surge in shares of Netflix comes even as some of those fears are being realized. Netflix added 400,000 subscribers in the U.S. during the fourth quarter of fiscal 2019, short of its target for 600,000 subscribers. For its first quarter, Netflix is projecting 7 million new paid customers, which is lower than the more than 8 million subscribers Wall Street had been anticipating. Netflix blamed subscription price changes and streaming platform competition for the slower growth in the U.S. and Canada. 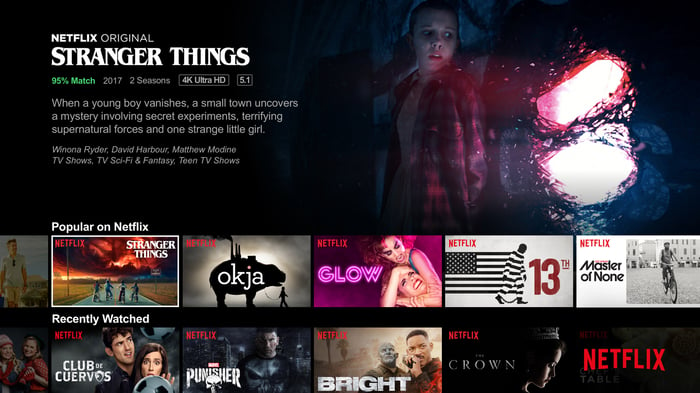 It's all about the international markets

Despite all the challenges facing Netflix, investors don't seem too concerned -- at least for now. They're betting Netflix's international business will carry the day and Disney+ will lose some of its luster, enabling Netflix to maintain its dominant position. That confidence is being driven by the fact that Netflix hasn't had to reduce its prices to compete with Disney+, nor are its subscriber numbers falling off a cliff as a result of the new competition. It's also producing its own hit movies and shows that are winning awards and drawing scores of viewers. Netflix's new fantasy series The Witcher is tracking to be one of its most-viewed original release TV series on the platform to date.

Then there's its international business, which hasn't been impacted by increased competition, although Disney has yet to launch overseas. International has been a huge growth driver for Netflix for some time, with the company bringing on more than 25 million new international subscribers last year alone. During the fourth quarter, it added 8.33 million new subscribers, blowing past expectations to add 7 million. Of its 167 million paid subscribers, 106 million don't reside in the U.S.

Given the fact that Netflix is available nearly everywhere around the globe except China, the company stands to benefit as emerging markets increase their internet penetration.

As it stands, Netflix is the only one of the streaming platform providers to have a significant presence outside of North America. Disney has aspirations, gearing up to launch in western Europe in March, before expanding into other countries in the coming years. Disney is projecting anywhere from 60 million to 90 million subscribers throughout the world in four years. That still puts it well behind Netflix.

While the streaming wars are still in their infancy, and Disney can hurt its international subscriber growth over the long haul, Netflix's stock should hold up at least in the near term as it continues to dominate outside of the U.S. It's something Wall Street is anticipating. On average, analysts think shares can reach $400 each, gaining an additional 9% this year alone.