Please ensure Javascript is enabled for purposes of website accessibility
Log In Help Join The Motley Fool
Free Article Join Over 1 Million Premium Members And Get More In-Depth Stock Guidance and Research
By Keith Speights - Updated Feb 10, 2020 at 10:36AM

A favorable patent ruling could translate to smoother sailing for Biogen's top-selling drug.

Shares of Biogen (BIIB -0.09%) were soaring 17.2% as of 2:59 p.m. EST on Wednesday after rising as much as 32.4% earlier in the afternoon. The big gain came on news that the Patent Trial and Appeal Board (PTAB) ruled in favor of Biogen in a challenge by Mylan (MYL) to the biotech's key patent for multiple sclerosis drug Tecfidera. 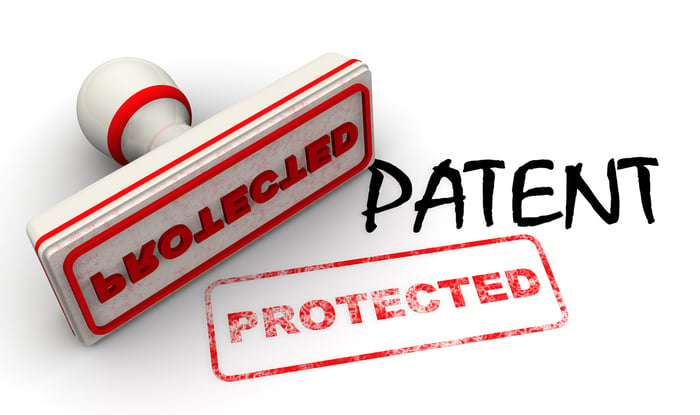 Mylan filed a petition with the PTAB in July 2018 challenging the validity of a key Biogen patent for Tecfidera. Japanese drugmaker Sawai Pharmaceutical and its U.S. subsidiary, Sawai USA, later joined Mylan in its patent challenge. Had the PTAB decided against Biogen, its revenue from Tecfidera would have been at risk.

Investors will want to closely watch what happens with the remaining court cases related to Biogen's Tecfidera patent. It's definitely encouraging for the company, though, that it won its argument with the PTAB.

But the biggest thing to keep your eyes on with any biotech stock is its pipeline progress. Biogen should soon file for Food and Drug Administration approval of experimental Alzheimer's disease drug aducanumab. Should the company win a green light to market the drug, today's gain could seem small in comparison with how much Biogen stock could skyrocket.

Editor's note: A previous version of this article stated that Biogen's lawsuit with Banner Life Sciences was scheduled to go to court in February. The case actually began in January with Banner winning the lawsuit. The Fool regrets the error.