Shares of the glassmaker jumped on a better-than-expected earnings report.

Shares of O-I Glass (OI -3.49%) were moving higher today after the manufacturer of glass bottles and other containers posted better-than-expected results on the bottom line in its fourth-quarter earnings report, and showed progress in its turnaround efforts. 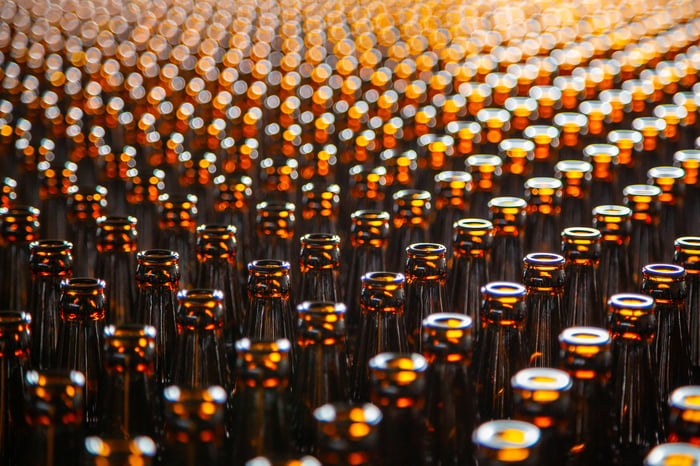 Revenue at the company formerly known as Owens-Illinois was down 0.4% to $1.63 billion, which matched estimates, though the company caught a tailwind from average selling prices rising 2.6%, which lifted revenue by $42 million.

On the bottom line, adjusted earnings per share came in at $0.50, which was at the high end of O-I's previous guidance, but below last year's performance at $0.61. Nonetheless, that beat the analyst consensus at $0.46.

Investors seemed encouraged by the company's plan for 2020. CEO Andres Lopez said: "As we enter 2020, we are taking bold structural actions to improve O-I's business fundamentals. We are optimizing the company's business portfolio and capital structure through accretive acquisitions and divestitures of assets that are not core to our strategy."

The company also said its MAGMA technology was revolutionizing the industry by allowing for rapid mobile capacity expansion in smaller increments.

Because of I-O's focus on beer bottle production, investors should also keep an eye on the beer industry . After a difficult year, today's report seems to be enough to restore investor confidence.

Here's Why O-I Glass Stock Was Going Up Today