Please ensure Javascript is enabled for purposes of website accessibility
Log In Help Join The Motley Fool
Free Article Join Over 1 Million Premium Members And Get More In-Depth Stock Guidance and Research
By Daniel B. Kline - Updated Feb 6, 2020 at 12:22PM

The companies are continuing to promote the coffee-and-doughnut chain's plant-based meat sandwiches.

The D-O double G has made Dunkin' (DNKN) his house. The rap legend/cooking show host (with Martha Stewart) who serves as a brand ambassador for Beyond Meat (BYND -4.43%) has appeared in ads for the coffee chain touting its plant-based sandwiches made from Beyond's products.

Now, the two companies and the music icon have released a line of clothes. The limited-edition clothing line went live on Feb. 5 and it will only be sold on a pop-up website. 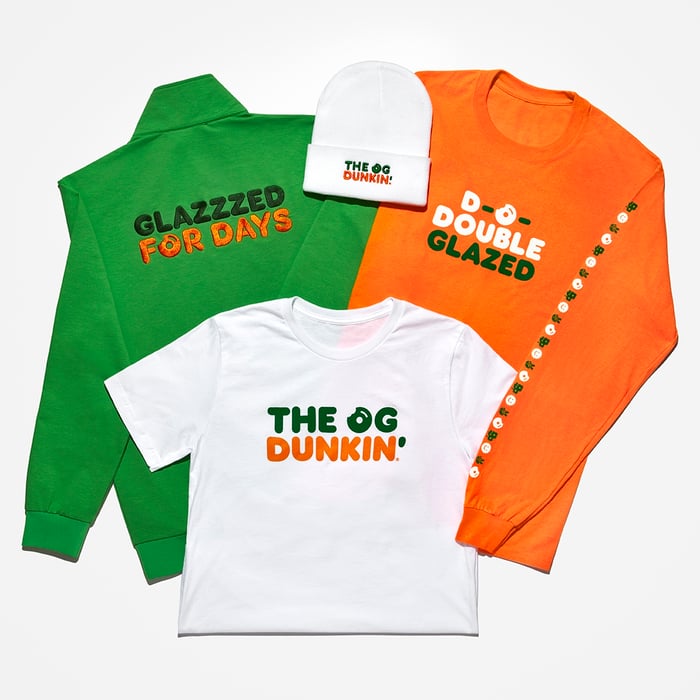 The clothing line will be sold in limited quantities. Image source: Dunkin'.

What are Dunkin', Snoop, and Beyond doing?

The three partners are leveraging their audiences to promote each other via a novelty clothing line that's also meant to be fashionable. The line includes a number of clothing items inspired by Snoop and the two brands. They include:

The collection is inspired by Dogg's "love of donuts, iconic fashion sense, and trendsetting attitude," according to a press release.

The clothes will likely sell out as this type of promotion has generally worked well in the fast-food space but moving sweatshirts and hats is not the point. The main goal is bringing attention to the plant-based choices on Dunkin's menu. This should succeed in doing that which will be good for Dunkin' and Beyond.