The molecular diagnostics company also delivered an earnings miss, and its stock plunged.

Myriad Genetics (MYGN -1.46%) announced on Thursday that its Chief Executive Officer, Mark Capone, was resigning. Capone served as CEO since 2015 and was with the company for 17 years. CFO Bryan Riggsbee was named interim CEO.

That announcement was made concurrently with the release of its fiscal 2020 second-quarter report, which revealed the company missed both its revenue and earnings estimates. The stock fell 30%. 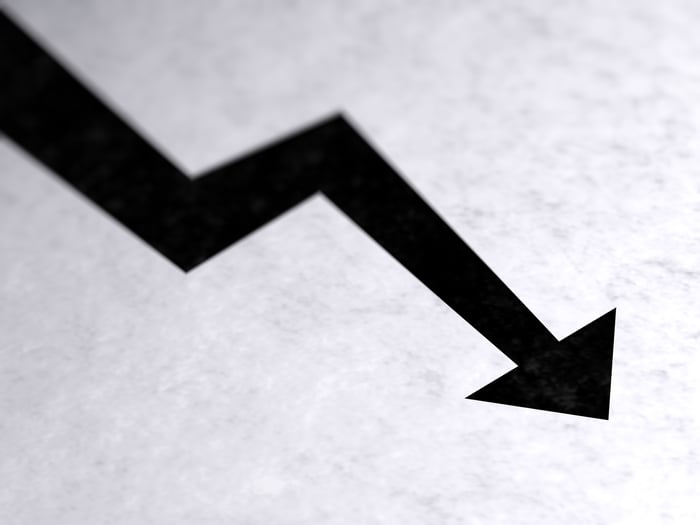 On the conference call, Riggsbee said that the revenue miss was primarily due to the company's prenatal business. Revenues in that segment dropped 47% from its fiscal 2019 second quarter. The company also blamed issues in billing operations.

Overall, molecular diagnostics revenues for the company dropped 11% year over year, and adjusted earnings per share fell by 40%.

Myriad Genetics is a molecular diagnostics company that went public in 1995. It develops and markets DNA sequencing tests that assess the risks of patients developing various inherited diseases, including cancer. Its prenatal screening test seeks genetic diseases in fetuses.

The company reported a sharp drop in prices in its industry over the last 18 months. On the conference call, Riggsbee said, "[I]f average selling prices had remained the same as they were 18 months ago, revenues in the second quarter would have been $35 million higher." He blamed "shifting preauthorization rules, inappropriate denials, new documentation requirements and fluctuating coding directions" for the revenue shortfall.

The company also revised its revenue guidance for the fiscal year to $735 million. That's a sharp decrease that would wipe out all the revenue growth of the last four years.