The Japanese tech giant may fall well short of its stated goal for a new venture fund.

Japan's SoftBank (SFTBF 2.16%) is finding slim interest among deep-pocketed investors for the sequel to its gargantuan $100 billion Vision Fund investment pool. The Wall Street Journal reports today that a new fund originally projected at $108 billion may end up raising less than half the targeted amount, with most of the capital contributed by SoftBank itself. 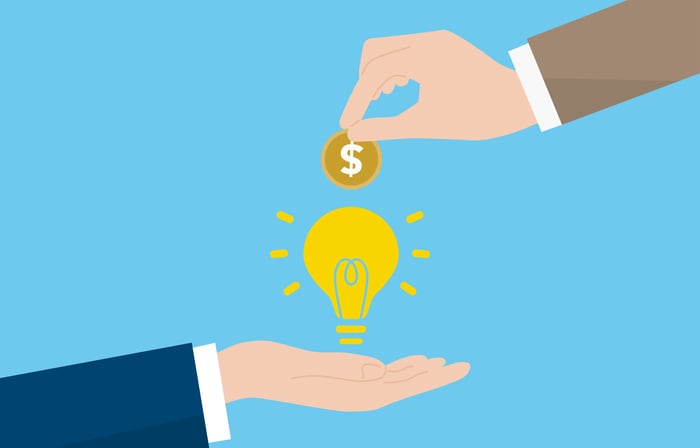 An unsurprising show of cold feet?

Observers in the venture capital world may have seen the potential funding shortfall coming. SoftBank's CEO Masayoshi Son brought his intuitive and visionary style to Vision Fund, and concentrated outsized bets in a number of rising start-ups. However, the very public unraveling of WeWork's IPO in late 2019 is indicative of a wider phenomenon in Vision Fund's portfolio: Many of its investments are struggling to generate profits and positive cash flow.

The Journal reports that key SoftBank executives believe that the company should slow down its approach, concentrating on one-off investments, or perhaps launching a more modestly sized hedge fund. Such a change in direction may clash with Mr. Son's penchant for intuitive, mammoth investments in promising start-ups. One takeaway appears certain: SoftBank will have less firepower to concentrate on Mr. Son's next round of favored technology disruptors.

Why Netflix, Inc. Stock Jumped as Much as 11.4% Tuesday