Please ensure Javascript is enabled for purposes of website accessibility
Log In Help Join The Motley Fool
Free Article Join Over 1 Million Premium Members And Get More In-Depth Stock Guidance and Research
By Demitri Kalogeropoulos - Feb 7, 2020 at 9:00AM

Ball Corporation (BALL 2.39%) stock outperformed the market last month by gaining 12% compared to a roughly flat result for the S&P 500, according to data provided by S&P Global Market Intelligence.

The boost added to the aluminum packaging producer's broader rally, given that shares jumped 41% during 2019. 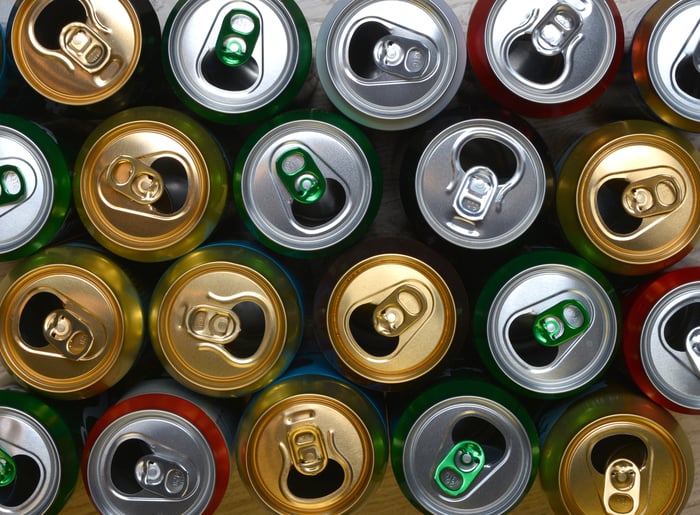 Investors gained more optimism that firming consumer spending around the world, and particularly in the U.S., might lift Ball's fortunes as it closes out its fiscal 2019. The company reported modest growth in its beverage segment and sharp gains in the aerospace division in late October. Together, those gains helped convince management to raise their volume expectations for the year. Coca-Cola, a major customer, added to that optimism by reporting robust sales growth for Q4 late last month.

This week, investors saw that Coke's positive industry comments translated into better results for Ball. In its fourth-quarter report on Feb. 6, Ball said production volumes had picked up. "We finished 2019 on a strong note," CEO John Hayes said in a press release. That success implies more sales and profit gains, and cash returns to shareholders, from Ball in 2020.