Please ensure Javascript is enabled for purposes of website accessibility
Log In Help Join The Motley Fool
Free Article Join Over 1 Million Premium Members And Get More In-Depth Stock Guidance and Research
By Evan Niu, CFA - Feb 7, 2020 at 11:46AM

Shares of Synaptics (SYNA 0.54%) have popped today, up by 19% as of 11:30 a.m. EST, after the company reported fiscal second-quarter earnings. The interface technology developer beat expectations for both the top and bottom lines.

Revenue came in at $388.3 million, which topped the company's guidance, as well as the consensus estimate that called for $354.9 million in sales. That led to adjusted net income of $70.1 million, or $2.04 per share. Analysts were modeling for $1.45 per share in adjusted profits. Synaptics had also announced during the quarter that it was selling off its mobile LCD TDDI business for $120 million. 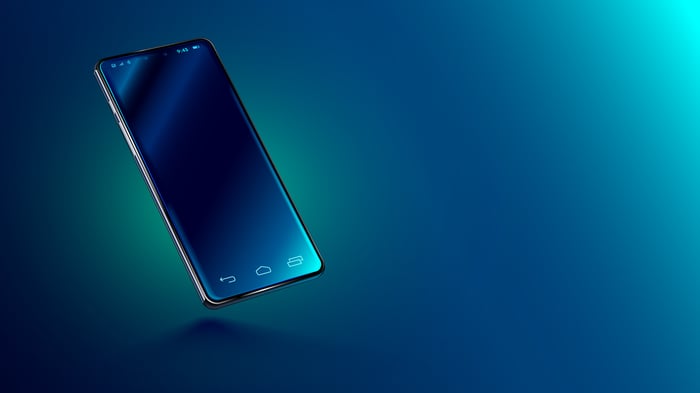 "Our December quarter was better than expected due to unusually strong demand for our PC products and from our largest mobile customer during the holiday season," CEO Michael Hurlston said in a statement.

Synaptics also provided rosy guidance for the fiscal third quarter. "We had a record finish to calendar 2019 and continue to maintain a healthy backlog of $284 million entering the March quarter and expect that subsequent bookings, customer forecasts and product sell-in and sell-through patterns will result in revenue for the third quarter of fiscal 2020 to be in the range of $330 to $350 million," CFO Dean Butler said. Wall Street is currently modeling for just $299 million in revenue.

Adjusted gross margin this quarter is expected in the range of 42% to 44%. On the conference call with analysts, Hurlston added that the strong demand from the company's largest mobile customer was continuing into the current quarter.